Serving God in the Ordinary

Greatness in God's kingdom is different than we think.
Ken Barnes 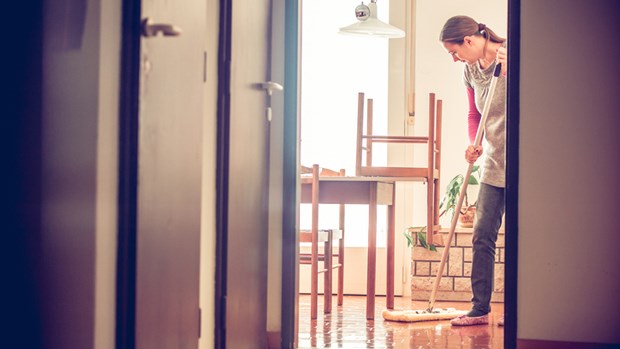 The disciples asked Jesus, "Who, then, is the greatest in the kingdom of heaven?" (Matt. 18:1). We learn that answer from both Moses and Jesus.

The Kingdom-Mindedness of Moses

I am inspired by the life and character of Moses, because he exhibited what I call kingdom-mindedness. Kingdom-mindedness is the attitude of the heart and mind where one is more concerned about the good of the kingdom than one's own good or the good of one's ministry. To put it simply, a kingdom-minded person is an unselfish person. I have come to the conclusion that most of Moses' character traits were developed over time and not just inborn or bestowed quickly. They were learned during Moses' 40 years on the backside of nowhere, serving his father-in-law and his herds.

In Numbers 14 the people were grumbling and complaining, threatening to appoint a new leader and return to Egypt. It seems that the Lord had had enough when he said to Moses, "How long will these people treat me with contempt? How long will they refuse to believe in me, in spite of all the signs I have performed among them? I will strike them down with a plague and destroy them, but I will make you into a nation greater and stronger than they" (vv. 11-12).

What an offer! God was going to start over again with Moses, and this time without all those complaining and grumbling people. The new nation would be better than the former one. I often wonder how I would have responded if God had made me this offer. Moses could have had it all, but he responded humbly. "In accordance with your great love, forgive the sin of these people, just as you have pardoned them from the time they left Egypt until now" (v.19). And God graciously pardoned them according to Moses' request.

The Kingdom-Mindedness of Jesus

Jesus, in the last major interaction with his disciples, modeled what to them was a strange act that astounded them. John 13:5 records, "He poured water into a basin and began to wash his disciples' feet, drying them with the towel that was wrapped around him."

That night the gates of hell must have rattled as the powers of darkness pondered the revolutionary nature of this act of service. Though not fully birthed, a new mentality was conceived in the hearts of Jesus' followers. This new mindset brought a swift reaction from the people of his day. "Here comes the man that is trying to turn the world upside down," people exclaimed. They were partly right: he was trying to turn the world around. But he was not turning it upside down. Instead, he was turning the world right side up. Since the Garden of Eden, the world had been inverted; Jesus was just righting it.

A distinct part of this radical turnaround that Jesus initiated was an others-orientation in our thoughts and actions—a kingdom-minded attitude like Moses'. In Philippians 2:3-7 (NASB) the apostle Paul instructs us:

Do nothing from selfishness or empty conceit, but with humility of mind regard one another as more important than yourselves; do not merely look out for your own personal interests, but also for the interests of others. Have this attitude in yourselves which was also in Christ Jesus, who, although He existed in the form of God, did not regard equality with God a thing to be grasped, but emptied Himself, taking the form of a bond-servant, and being made in the likeness of men.

Serving God in the Ordinary