Our desires aren't the problem—it's what we do with them.
Jim Vander Spek 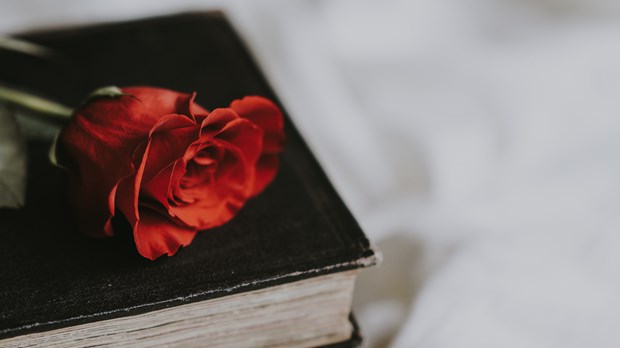 Use of pornography and other sexual sins are rampant in our culture and in the church. Many have concluded that such behavior or at least the lust that drives them is fundamentally an unsolvable problem, a sin that will not be defeated in the lives of God's children. But this response is unacceptable in the face of the severe and incalculable damage that lust inflicts upon lives, families, and fellowships.

If we want to overcome lust, we need to recognize what we are dealing with. A good place to start is to understand the "sexual buzz"—the electric feeling of pleasure that makes sex so enjoyable. The psychobiologic sexual buzz involves our emotions, our bodies, and our cognitive functions. God designed these feelings for good. The sexual buzz occupies an essential role as an early phase of intimacy within the sexual union of marriage. Without it, we would not become aroused and sex probably would not happen enough to keep reproduction going or marital ties binding. The sexual buzz is only appropriate inside the marriage relationship.

When we misuse this capacity—allowing ourselves an illicit sexual buzz—it is sinful lust. Consider the following definition as a way to understand this:

Let's break that down:

This is, admittedly, a rather complicated definition. Jesus—the Master Wordsmith—distilled all these elements into a phrase that instantly rings true. He termed what takes place when we sin this way "adultery in the heart" (Matthew 5:28). In doing so, he included all of the above elements with an elegant, penetrating simplicity that a Christian cannot dismiss from his conscience.

There are a few objections that rise up immediately in some who hear this explanation for the first time, and it's best to introduce them right from the start.

The first objection is the assertion that the sexual buzz which develops in a mostly indiscriminate way is nothing more than natural sexual desire. In fact, most definitions of lust describe it as a normal desire that has gone astray, without explaining plainly when this occurs.

Unfortunately, there is a fundamental problem with using the term "desire" or "sexual desire" as the starting point when developing a suitable, practical definition of lust. The word "desire" conveys the idea of hope or wish for future fulfillment. In contrast, those who lust are not just thirsty—they are drinking from the cup as well.

We are constantly exposed to sexual stimulations, primarily visual. This is the world in which we live. It is natural to have a sexual reaction to such stimulation. This is because of sexual desire—a part of who we are.

We are not permitted, however, to take the next step in cases when this sexual attraction is misdirected. Some may argue that one cannot stop illicit gratification. But there's an easy way to prove that wrong: we routinely recoil from lust or sexualized interactions with family members such as daughters or sisters. Focusing our attention in order to obtain an illicit sexual buzz is willful and sinful. That quick gulp of sweet "stolen water" (Proverbs 9:17) is when we have crossed into sinful lust. We may want to minimize the adultery we are allowing in our hearts, but God does not.

There is nothing wrong with sexual desire—as long as it is not followed up with lust. It is a finely tuned and powerful God-given capacity, and we should not expect it to go away or find any fault with it. As Uncle Screwtape, the demon tutor wrote to his pupil, Wormwood, in The Screwtape Letters (C. S. Lewis):

He [God] made the pleasures: all our research so far has not enabled us to produce one. All we can do is to encourage the humans to take the pleasures which our enemy has produced, at times, or in ways or in degrees, which He has forbidden.

The issue is whether we will use our desires to engage in sin. Ramped up sexual desires are only permitted as we share and enjoy them within the marriage relationship. The sin of lust occurs when we allow ourselves illicit sexual pleasure by misusing sexual desire.

Do not believe the lie that you cannot deny yourself illicit gratification when tempted. We can—and must—whenever we are tempted to sin.

Another objection to describing lust as an illicit sexual buzz is based on the assertion that we cannot eliminate sexual thoughts. But this is not the goal for which we are striving. Certainly, taking charge of our thought lives is a critical front in the battle against lust for a Christian—"Let the wicked forsake his way, and the unrighteous man his thoughts" (Isaiah 55:7).

However, having sexual thoughts is not the same as committing lust. It is only when we improperly dwell on such thoughts to develop the recognizable experience of an illicit sexual buzz that we have sinned. In this way, the sin of lust is comparable to other sins to which we are susceptible. At times, we all face situations that provoke us to anger, but if we improperly dwell on that anger, we slip into sins such as rage, bitterness, and unforgiveness.

We all face hardship or problems at times, but if we improperly dwell on such hardships and problems, we slip into the sin of worrying. At times, it seems like others are doing better than us, but if we improperly dwell on such thoughts, we slip into the sins of envy or selfishness. Other examples like this could be cited. As we gain victory over lust, our desires and thoughts no longer drive us to sin.

Focusing on the Real Problem

This approach is called "thought suppression." Thought suppression has been studied extensively and is best illustrated by the experiment of trying to stop oneself from thinking about a pink elephant. Unfortunately, this strategy has never proven to be effective. Instead, we need to accept that we will at times give rise to bad thoughts, and will also continue to feel sexual desire in ways that we do not choose. Instead of suppressing our wayward thoughts and desires, we need to "bring them into captivity" (2 Corinthians 10:5) by denying them access to our hearts. The temptation to "go with it" must be resisted.

Let's be clear about this. We cannot shut down our desires and thoughts, nor should we seek to. They are not the real problem. We must also recognize and repent whenever we misuse our desires or thoughts to accommodate sin and to develop practical strategies for gaining victory if we find ourselves being dominated by this sin.

Many wrongly believe—as I once did—that sexual desires and sexual thoughts are parts of us that have special power. They feel that they have no choice when subjected to temptation but to allow these desires and thoughts to generate an illicit sexual buzz. It has become an automatic response because they have crossed the line on a regular basis.

However, our desires and thoughts do not force us to sin. Instead of slipping into sin, we need to act with the knowledge and confidence that God is faithful to provide "the way of escape" (1 Corinthians 10:13) whenever we are tempted. Entering that "way" necessarily means that we refuse to commit adultery within our hearts. Our focus needs to be on denying actual sin, growing to maturity as believers, and learning to please God. Our desires become evil when we act upon them by committing adultery in our hearts. By first putting to death our evil passions and desires, we are in a position to put on the new person and effectively abide in Christ.

Excerpted from Overcoming Lust by Jim Vander Spek, who blogs at overcoming-lust.com. Used with permission.