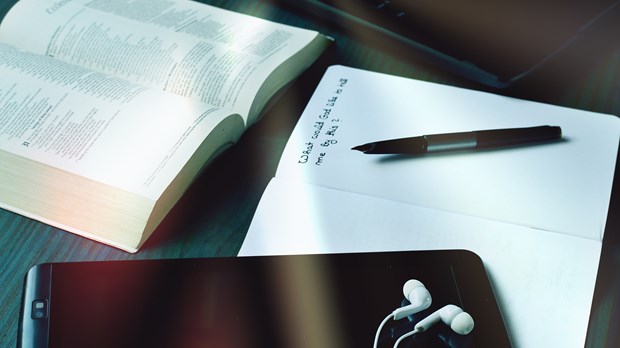 "Patience is a virtue." We're all familiar with that cliché, and many of us know that patience is listed by Paul in Galatians 5:22-23 as among the fruit of the Spirit. So there's no disputing that the Christian ought to be patient. But as with most of the virtues, the biblical writers assume that we know what patience is and don't give an explicit definition. But do we?

Why Patience Is a Virtue

When defined as "waiting without complaint," patience might seem to be a morally insignificant trait. What's so virtuous about not complaining? In itself, not complaining carries no particular virtue. Suppose a person awaits the arrival of a friend from out of town, and she spends the time happily reading or watching television. We wouldn't say that, simply because she's not complaining, she exhibits patience in this case. Something else must be required to make one's lack of complaint virtuous. That something is discomfort. It's because a circumstance is uncomfortable for someone that we find her refusal to complain remarkable and thus regard her as patient.

So to improve the initial definition above, to be patient is to endure discomfort without complaint. This calls into play some other virtues, specifically, self-control, humility, and generosity. That is, patience is not a fundamental virtue so much as a complex of other virtues.

An example from the life of Christ illustrates this. Jesus was very patient with his disciples. They were sometimes thickheaded, lazy, selfish, and slow to believe. Even from a merely human standpoint, we can see how frustrating they must have been. How much more irritating it would be for God Incarnate to interact daily with these men. In spite of Jesus' miracles and words of wisdom, they were focused upon themselves and wavered in their belief about who he really was. To say that was uncomfortable for Jesus would be an understatement. Yet do we find him railing at his disciples over their foolishness and stupidity? Or making fun of them when they make mistakes?

Occasionally he does remark that his disciples are slow to believe, or he asks rhetorically how long they will fail to have faith in him, but these are always appropriate reminders about just what was at stake for them. These were fitting and useful rebukes, not petty venting.

Notice that Jesus' refusal to complain about his irritating disciples can be described as an exercise of self-control. Surely he would have been justified in blistering them with insults. It's worth noting that his omniscience guaranteed that every possible joke and embarrassing remark was at his disposal on any particular occasion. This makes his self-control even more admirable.

His refusal to complain also involves humility, the conscious decision to lower himself by not exercising his right, as the holy man he was, to judge and dismiss his friends because of their faults. We might even say this is a form of mercy.

Finally, Jesus' refusal to complain about his disciples is generous. In spite of their vice and thick-headedness, he remained no less committed to them and served them increasingly as their failures became more outstanding.