When the Facts Don't Add Up

A just, loving, and powerful God should follow certain rules, shouldn't he?
by Philip Yancey 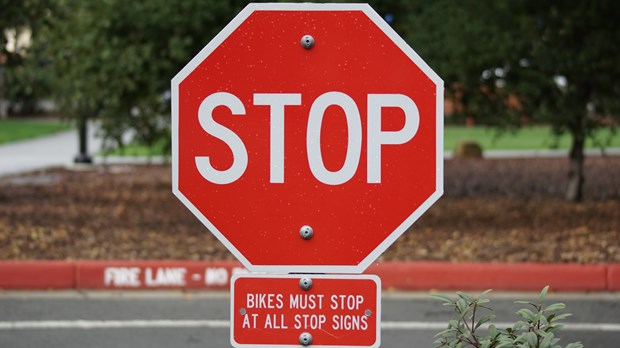 What is man that you make so much of him, that you give him so much attention, that you examine him every morning and test him every moment? Will you never look away from me, or let me alone even for an instant? (Job 7:17–19)

If you had asked me a few years ago what the Book of Job was about, I would have been quick to respond, "Job? Everybody knows what Job is about. It's the Bible's most complete treatment of the problem of pain and suffering."

I refer to Job whenever I write about pain. And without doubt, the bulk of the book (chaps. 3–37) revolves around the theme of suffering. Those middle chapters render no action to speak of, just five prickly men—Job, his three friends, and the mostly silent Elihu—sitting around discussing theories of pain. They are trying to account for the slings and arrows of outrageous fortune that have fallen upon poor Job.

We cannot get enough of Job's story. Its central motif of undeserved suffering seems peculiarly suited to our own era that has included two world wars, two atom bomb attacks, and more than its share of genocide attempts.

More, the portrait of genial old Job, moaning mournfully while life caves in around him, seems to fit a favorite modern stereotype. Neil Simon borrowed the Job setting for his play God's Favorite, as did Archibald MacLeish (J.B.), and Robert Frost before him ("The Masque of Reason"). Recently, novelist Muriel Spark again tried to update the plot of Job in a contemporary setting (The Only Problem).

All of the takeoffs explore the conundrum posed by the original book. Job and his friends agreed that a just, loving, and powerful God ought to follow certain rules on earth. Mainly, he should reward those who do good and punish those who do evil. Job's suffering, his friends argued, must therefore have come as punishment for some unconfessed sin.

For Job, who knew his own soul, the facts did not add up. And for us, too, they do not add up. We see the face of unexplained suffering wherever we look: the Jews in the Holocaust, famine victims in Africa, Christians in Communist and Moslem prisons. Those who still subscribe to the neat formula of Job's friends—and there are many, if religious television is any indication— would do well to consider just one sobering fact: the most aggressively Christian continent on Earth, Africa, is also the hungriest. (And, the most aggressively non-Christian region, around the Arabian Sea, is the richest.)

In short, the questions asked so eloquently by Job have not faded away over the centuries. They have grown even louder and shriller.

Yet, despite all the echoes in modern literature, despite my own reliance on Job as I write about pain, despite the fact that all but a few pages of Job focus exclusively on the problem of pain, I am coming to the conclusion that Job is not about the problem of pain at all. Details of suffering serve as the ingredients of the story, the stuff of which it is made, not the central theme. A cake is not "about" eggs, flour, milk, and shortening. It merely uses those ingredients in the process of creating a cake. In the same way, Job is not "about" suffering but merely uses such ingredients in its overall scheme.

Rather, when seen as a whole, Job is a book about faith. It tells the story of one man selected to undergo a staggering test of faith. His trial and response present a message that applies not just to suffering people, but to every person who lives on planet Earth. Most of the time, our visual faculties admit a narrow spectrum of "natural" light; Job temporarily lifts our blinders and reveals the supernatural activity going on behind the scenes.

Page 1 of 6Next
Tags:
References:

Bible Study Basics: Galatians
Get back to basics with the truth of the gospel.
Multi Session Bible Study
Justin Marr
$19.95SALE!

What the Bible Really Says About Hell
Bill Hybels, Timothy Keller, and Timothy Peck give us their perspective on this weighty topic.
3 Session Bible Study
Kyle White
$19.95SALE!

Tim Keller on Practical Theology
This study is based on sermons by Timothy Keller, the founding pastor ...
7 Session Bible Study
Kyle White
$34.95SALE!

When the Facts Don't Add Up