Hope Amidst the Sorrow

God is all-knowing; he comforts; he understands—even when we violently lose someone.
Anne Peterson 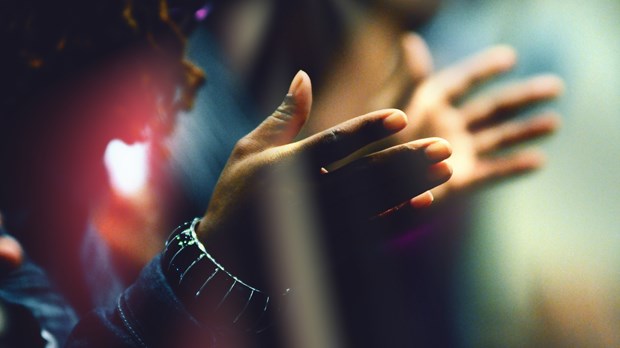 Another home shattered. Almost every night a story airs about domestic violence. But when you know the victim, you become part of the nightmare.

A study conducted in 50 states and the District of Columbia showed that 25 percent of abused women were victims of their former or present husbands or significant others. We wonder, Why don't these women leave? Peggy Dianovsky was trying to do just that. With her divorce papers nearly completed, she began telling family members of her decision. I remember the day I got my letter.

A letter eagerly opened
full of heavy burdens.
"Divorce" the letter read,
"violence" it went on.
A long distance call made
I can't talk now!
He's harassing me again.
Much later a phone rings
and two sisters talk.
One tells of a hurting heart
and ten years of pain,
The other sobs in silence.
Calling the police was easy.
I wish I would have done it sooner.
Days later another caller,
She's gone. No one knows where.
She never showed up at work.
Her husband says she just walked out.
Disbelief fills a sister's heart,
Too many questions invade her mind.
Why would she leave her kids?
Why didn't she take her car?
Why not wait for the money
that would be hers the next day?
Some questions in life get answered
and some take time.
It has been twenty-eight years
since two sisters talked,
And one still hurts.

"This is going to shock you, but I'm getting a divorce." What did she mean she was getting a divorce? She had the perfect life. They were on their third house, raising three beautiful boys; she had it all. Shocked? Yes, I was shocked. What could she be thinking?

I dialed my sister's number, thankful a phone call could bridge the 2,000 miles between us. I barely said hello when she cut in, "I can't talk now! He's harassing me again."

My stomach tied in knots as I heard him taunting her. I hurt all over. "I love you," I managed to say, "I'll pray."

Pacing back and forth, I sent up an urgent prayer for my sister, "God, please help her."

I didn't know what to do. I felt helpless, angry that I was so far away, and scared for my sister.

About ten o'clock that night my phone rang. Relieved to hear her voice, I let her talk. For an hour she filled me in on her marriage and what went on behind the scenes, while I silently wept for her. As she was wrapping up the conversation, she told me how much I was going to love being a mother. "I'm sending you a rocking horse for your son; my boys just loved it."

The nightmare escalated, but God was my anchor.

Two days later another family member called, "Peggy's gone; no one knows where."

Peggy disappeared just two days after we talked. She never showed up for work, for her dentist appointment, or for a meeting with my brother. She never even picked up her last check. Something was wrong.

Her husband said she just walked out. But we knew better. Her car was in the driveway, and even more importantly, she never would have left her kids. Never.

Knowing who God is has gotten me through the terror since those days:

God is all-knowing. He's a God of comfort. He understands. Although we are surprised by the events that fall into our lives, God is never thrown off-balance. He knows everything, including what happened to my sister that night. Nothing escapes God.

Years passed, but we reconnected with Peggy's sons.

Hope Amidst the Sorrow