How can we learn to still feel like newlyweds after years of marriage?

After ten years of highs and lows, Tiffany and Tim Thompson feel like newlyweds. Here's why.
Annette LaPlaca 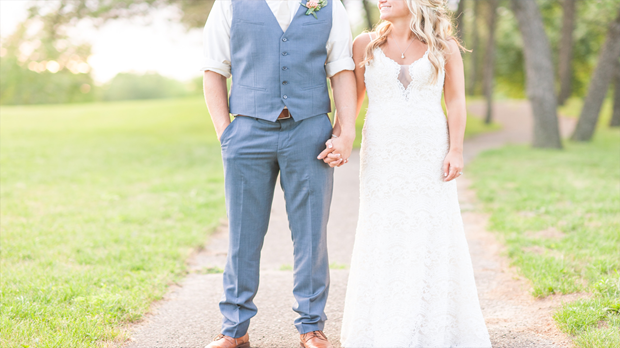 When Tim and Tiffany Thompson honeymooned ten years ago in Mexico, they had the time of their lives. Each day as they made plans, Tiffany would ask, "Should we do this? It's kind of crazy!" or "It's expensive!" But Tim kept telling her, "Hey—you only have a honeymoon once." On the final day of their trip, Tim said, "This has been the best week of my life. We should do this every year!"

Good idea, Tim. The Thompsons have kept their commitment to take a week off together—not every year, but an impressive "once every 18 months." They've been back to their honeymoon hotel so often the owners consider them regulars. "They'll even ask us to pitch in," says Tiffany, "and have Tim set out the umbrellas."

"When you're starting your life together, the feelings are just awesome," Tim explains. "Then, when you get back home, you rarely get the chance to be alone together. Our trips are our chance to pretend we're newlyweds again."

"Our friends think we're crazy," Tiffany says. "But maybe they're using their savings for a nicer car or a bigger house. We go on vacations. We need it to keep that 'newlywed-ness.'"

Newlywed-ness? Ten years later? Yep. Because regular honeymoons aren't the only thing the Thompsons do right.

Every madly-in-love couple who step up to the altar intend to stay married, but the Thompsons were more determined than most. Tiffany's parents divorced when she was 15, and that break-up shook her ideas about trust and lifelong fidelity. Even when she and Tim had been dating for three years, Tiffany struggled with her dreams for the future. "I didn't know couples who were still in love or still pursuing each other," she says. "Most couples I knew were sticking it out for the kids or were co-existing like roommates."

But Tim's character drew her in. He loved God, he was "consistent and loyal," and the biggest appeal, according to Tiffany, "was that he's trustworthy."

On the night before their wedding, Tim got yanked out of his bachelor party to comfort a panic-stricken Tiffany. He found her sobbing, "I'm so sorry! I can't marry you. I'm just way too scared."

"He never batted an eye," says Tiffany. "He just said, 'Tiffany, do you believe God wants us to be together?' And when I said yes, he told me, 'I'll see you tomorrow at church.'"

By the next morning, Tiffany was fine. "Tim was the one who cried through the whole wedding," she says, laughing. "I was just really happy that I had the courage to get married."

"One of the things I liked most about Tiffany was her determination to have a 'better-than-average' marriage," says Tim. "Our commitment to our marriage is one of our greatest achievements—that, and our kids!"

The Thompsons agree that their kids tie them together like nothing else, but having children also proved a challenge to staying close. "There was one time when we hadn't slept through the night in at least two years because the babies were so close together," Tiffany recalls. "I was pregnant, and Tim came home from work and I was still in my pajamas and crying! He handed me two tickets to Mexico. I couldn't believe it. I said, "How did you pay for this? 'We can't afford this!' Tim grabbed me by the shoulders and said, 'We can't afford not to!'"

How can we learn to still feel like newlyweds after years of marriage?