How can we help our marriage to thrive in the empty nest years? 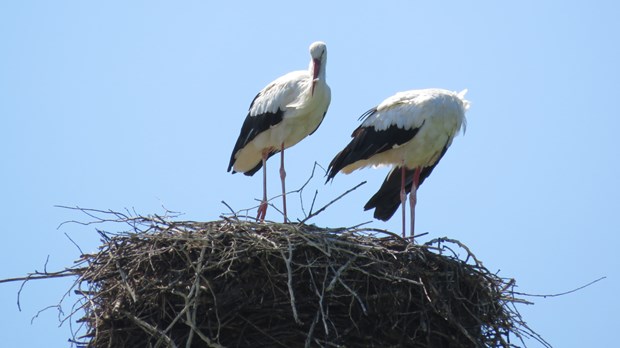 Bill left a voice message for his wife, Betty, saying that he was still at the office working on an urgent project and would be late for dinner. Betty? She had already left a note on the kitchen counter telling him that his dinner was in the oven—she was carting kids to play practice and soccer games. Missing each other was nothing new. For Bill and Betty, parents of three boys, ages eight, twelve, and fourteen, family life at best was hectic and couple time was rare. The intimacy and easy-going relationship they experienced before the kids came along was simply missing. "Well, someday," they reminded each other, "the boys will grow up and leave the nest; then we will have time for each other; then we can recapture the closeness we used to enjoy."

As optimistic as Bill and Betty are, trends indicate having a great empty nest marriage may not be so simple. Consider another couple. A few months ago Alan and Leah dropped their last child, Julie, off at college. A week later they called Julie to tell her, "Mom and Dad are getting a divorce." Statistics validate that empty nest marriages are breaking up in record numbers. According to the National Center for Health Statistics, although divorce in the United States generally declined from 1981 to 1991, divorce among couples married thirty years or more showed a sharp increase. Overall, divorce went down 1.4 percent during the decade, while divorce in the thirty-years-plus marriages increased 16 percent.

Maybe you haven't reached the thirty-year mark, but you can imagine it from here. What can you do now to prepare your marriage for the empty nest so you won't become a statistic? A lot! And we're going to get you started.

It seems only yesterday that we were in the middle of the parenting battle. Three active and energetic boys filled our quiver and often challenged our sanity. Time for us as a couple was missing in action. We remember kidding about our front-door relationship. That was where we passed the kids off as we headed out for our next appointment or meeting. Both of us were overcommitted and overinvolved in activities outside the home. Our marriage was headed nowhere fast and then everything changed. What happened next wasn't pretty and it wasn't fun, but it salvaged our future empty nest marriage by forcing us to make some much needed repairs.

Campus Crusade for Christ asked us to move half way across the world to southern Germany to help begin the ministry in Switzerland. The move was Dave's best dream and Claudia's worst nightmare, but it was God's wonderful plan to help us refocus on our children and on our marriage.

One benefit of life in a foreign country is the "slow down" syndrome—especially if you don't speak the language. But we had a double challenge. Not only did we have to learn to speak German, we had to learn how to communicate better with each other. In the midst of cultural stress we discovered some principles that revitalized our marriage for the short-term and for the long-term helped us prepare for what is now the very best stage of our marriage—the second-half empty nest years! Here's what we learned.

Stop! Now that's a novel idea, but it's hard to do in our busy world. It isn't so hard when you move to a foreign country and you have no one to talk to but your spouse. We found ourselves physically together but emotionally miles apart. We felt disconnected. Alone. Isolated. Before moving to Germany, we had prided ourselves on having a great marriage. But over the years, little barnacles had built up on our marriage ship. They became glaringly evident when the waves of activity subsided. Suddenly we had time to talk, time to face issues previously ignored.

How can we help our marriage to thrive in the empty nest years?