What if your loved one doesn't come to Christ? 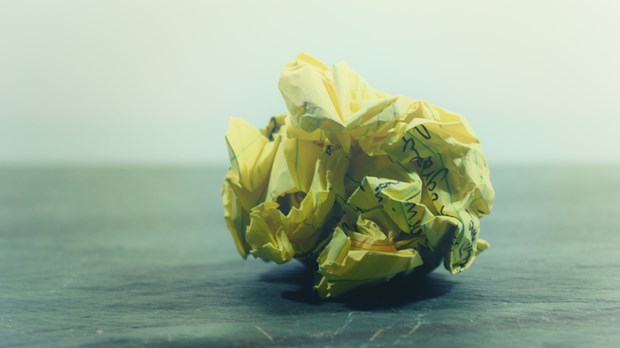 My husband asked me recently if I've ever been angry with God. It only took me a few seconds to answer, "Yes—when my dad died." His question flooded my emotions with the same anger I felt years ago that I still have to work through occasionally.

When I became a Christian as a teenager, the person who led me to Christ told me to pray for my parents, since they didn't know God. I threw myself passionately into that task. I clung to verses such as 1 John 5:14-15, "This is the confidence we have in approaching God: that if we ask anything according to his will, he hears us. And if we know that he hears us—whatever we ask—we know that we have what we asked of him."

I reasoned that it's certainly God's will that my parents come to Christ, so I never doubted that it would happen. I thought that I may have been placed in this family just so I could pray for them. I gained courage from hearing testimonies time after time of someone who prayed for a loved one for years and finally saw a remarkable conversion. I never heard anyone speak of praying for a loved one who didn't receive Christ.

I had a great relationship with my father. He was 42 when I was born and had raised four other children by the time I'd come along, so he'd mellowed and appreciated the chance to parent again. He was the kind of dad most girls dream of. He taught me to dance and ice skate, sang me songs, and quoted me poetry. We were very much alike in personality, so we understood each other's humor, loved to debate every subject under the sun, and were always ready for a new adventure (much to my poor, loved-to-stay-at-home mother's chagrin). I adored my dad.

So when he was diagnosed with cancer, I was sad. I didn't want to see him suffer. But that didn't make me angry with God. I understood that we live in a fallen world and that our bodies wear out one way or another. I prayed for healing, but I don't think I really expected it to be answered. My dad had the kind of cancer that has no cure, and he was in his 70s, so I felt blessed to have him as long as I did.

My sister, my husband, and I had some opportunities to share Christ with my dad as he suffered with cancer for the next six years. He always listened politely and said that he'd think about what we said. We prayed fervently and waited expectantly to hear his confession of faith.

My anger came in the hospital when he was dying. Toward the end, my husband, sister, and I were in the room alone with my dad. My husband began to encourage my dad, who was filled with morphine because of all the pain he was in, to surrender his life to Christ. My sister heartily agreed, and my dad cried, "No, no, leave me alone!" I patted his hand and tried to comfort him, but the conversation was over. I was so horrified that I couldn't look at my husband or sister. I felt like someone had literally squeezed my heart with their fist.

When I left the room, I got angry. I wanted to kick the bed and punch my fist through the wall, but mostly I wanted to pummel God. I'd prayed my entire life for this? Not only did I have no reassurance that my father had become a Christian, but I had this cry of rejection! Those were going to be the last words I heard from my beloved dad? By this time the rest of the family was back, so I couldn't voice any of this to my husband or sister. I just suffered in silence. Soon my dad slipped into a coma and died.

Since then, others have tried to comfort me by saying that morphine does weird things to people and that he probably had no idea what he was saying, or for that matter, what we were saying. I accept this, because my dad openly talked about having hallucinations when he was on morphine at other times. But what I had trouble accepting was that I believe in a God who is all-powerful and in control of all things. He could have easily shut my father's mouth so that he would never say those words, or even given him something to say that would have comforted us instead of sucked all the hope out of us. But God didn't do that.

Waiting for a Prodigal's Return
How can we graciously wait for someone to return who has walked away from the faith?
Single Session Bible Study
$4.95SALE!

When a Daughter Dies
Walking the way of grace in the midst of our grief
9 Session Bible Study
$4.95SALE!

What if your loved one doesn't come to Christ?