How can we have hope amidst all the violence and suffering? 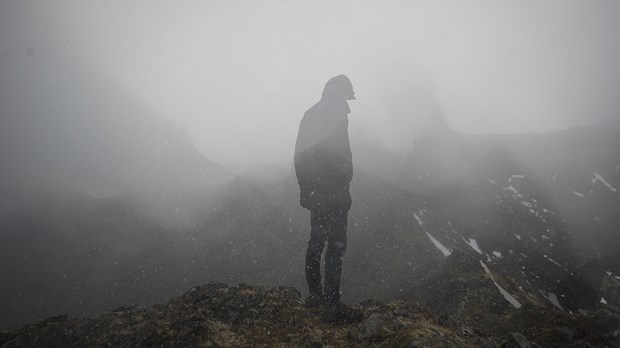 The news today is filled with terrible stories of violence and suffering. Violence against Christians, racial strife, airplanes crashed or missing, ongoing conflict in Syria, Afghanistan, Ukraine, and several African countries—it’s no wonder we’re in need of hope. Amid all the fear and anxiety, where can we find some good news?

After a steady diet of cable news, you may be surprised to learn the following:

Statistics don’t always dispel doubt, I realize. Yet, I’ve also witnessed the good news firsthand, through my own travels and ministry.

At a conference of Prison Fellowship International (PFI), which ministers to prisoners in more than 125 countries, I met African Christians who bring soup and bread to prisoners and establish schools for children incarcerated with their mothers. In places like Brazil and Belize the government has turned over the administration of entire prisons to PFI with remarkable results.

The most prestigious medical college in the India, Christian Medical College Vellore, honored last year the legacy of Dr. Paul Brand, who revolutionized the understanding and treatment of leprosy, and his wife Margaret, who performed thousands of cataract surgeries in mobile eye camps. Although Christians constitute a small minority in India, they provide health care for almost 20 percent of the country. In much of Africa, Christian clinics and hospitals provide the majority of care.

In the US, I spoke before a thousand Hispanic pastors who run outreach programs for the growing Hispanic population. I participated in a gathering of BioLogos, an organization founded by Dr. Francis Collins, who directed the Human Genome Project and now heads the National Institutes of Health. To help bridge the perceived gap between science and religion, BioLogos brings together pastors, scientists, theologians, and ministry leaders to shed light on the most divisive issues.

At the end 2014, I went on a book tour to introduce Vanishing Grace: What Ever Happened to the Good News? Organizers arranged for a musician to round out the program: Anthony Evans, talent scout for The Voice. As we got acquainted, a holy irony sank in. Fifty years ago a young student at Carver Bible College was denied membership in the church I attended as a child, solely because of his race. That student, Tony Evans, went on to become the first African American to earn a doctorate of theology from Dallas Theological Seminary and now leads a 10,000-member church in Dallas. The church later held a service of repentance, and Tony Evans’ son and I were appearing together on stage. Not all grace has vanished. “When I hear about the kinds of things my father went through, it almost seems like another world,” Anthony said.

Each of these experiences gave a different glimpse of how God’s kingdom advances: slowly, steadily, and mostly out of the limelight. Perhaps the most moving moment of the past year came during a visit to South Korea, when I toured the Yanghwajin Foreign Missionary Cemetery, built to honor 145 missionaries, mostly British and American, who died while serving God in their adopted country.

Some of the gravestones date back more than a hundred years, and the caretakers have added stainless steel plaques to recount the stories of the missionaries buried there. Some faced persecution for leading protests against the brutal Japanese colonial rule. A couple with the Salvation Army began the long tradition of caring for Korean orphans. A scholarly Presbyterian contributed greatly to the Korean translation of the Bible. Two women pioneered education for girls by founding schools and ultimately a women’s university. Another American woman, who came to Korea as a medical missionary, developed Braille suitable for the Korean language and established a school for the blind.

My favorite story was of S.F. Moore, who gave medical treatment to a butcher deathly ill with typhoid fever. The butcher survived and became a Christian, only to find that no church would admit him. (Korea’s rigid class system scorned butchers, who deal with “dead things” such as meat and leather, as the lowest social class.) Moore supported a freedom movement to fight such discrimination and organized a Butchers Church for outcasts and social underdogs. He died of typhoid fever at the age of 46.

Typhoid, tuberculosis, dysentery, shipwreck—each plaque spelled out hardships of the men and women buried there. Many of the missionaries also lost children, buried in small graves beside them. Yet the fruit of their work lives on: in schools, libraries, hospitals, and church buildings dotting the landscape of modern South Korea.

One of my uncles served in the Korean War in 1953. He said he never saw a paved road. Now Seoul is a metropolis of 10 million, one of the most technologically advanced cities in the world. Yanghwajin Cemetery has been preserved in downtown Seoul, an oasis of green amid high-rise buildings. The sounds of traffic drifted in as I stood at the gravestones, their Korean characters now weathered and worn, and imagined a very different culture and landscape a century ago.

To a nation steeped in hierarchy and dominated by its powerful neighbors China and Japan, the men and women buried here brought a gospel message of justice, compassion, and transformation. In comparison with much of Asia, South Korea has been unusually receptive to the Christian message; 30 percent of South Koreans identify as Christian. I spoke at one impressive church with 65,000 members—yet it is less than one-tenth the size of Seoul’s largest church.

“What shall we say the kingdom of God is like, or what parable shall we use to describe it?” Jesus asked. “It is like a mustard seed, which is the smallest of all seeds on earth. Yet when planted, it grows and becomes the largest of all garden plants, with such big branches that the birds can perch in its shade” (Mark 4:30–32).

For this reason, I do not fear, despite all the alarming news you hear on a daily basis. Instead, remember how Jesus chose small things as images for the kingdom of God. It’s like a tiny seed that falls in the ground and dies, only to grow into a great bush that nourishes life all around it.

As G.K. Chesterton said, “Christianity has died many times and risen again; for it had a God who knew the way out of the grave.” Evidence lay all around me, beyond the walls of Yanghwajin Cemetery.

—Philip Yancey is a CT editor at large and author, most recently, of Vanishing Grace: What Ever Happened to the Good News? This article is adapted from one that appeared on ChristianityToday.com; copyright 2014 by Christianity Today.

How can we have hope amidst all the violence and suffering?