What does it mean to set ministry boundaries? 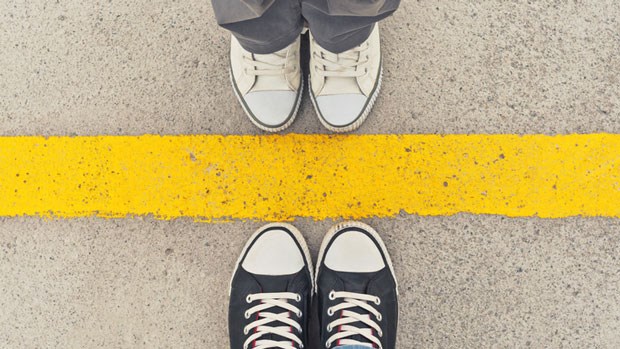 The biggest change Christ made in my life is a desire to serve others rather than myself. Before I became a Christian, it was all about me. Afterward, I was drawn to the weak and hurting and constantly looked for opportunities to minister. I took to heart Jesus' instruction that if I wanted to save my life, I had to lose it. This led me to full-time Christian work and helping to plant a church.

What I didn't know then, but am learning now, is that I simply cannot help some people. I'm sure that I understood this intellectually. I was aware of the joke: "How many psychiatrists does it take to change a light bulb? Only one, if the light bulb wants to be changed," but I thought I would have a lot more success than most psychiatrists since I had help from the Lord of the Universe. And that's true. I do have help a secularist could never tap into.

I thought those who were wounded would be able to understand God's love if I just loved them enough. In some cases, this happened. Some that I loved did understand God's love and were able to move beyond the hurts of their past. However, others couldn't comprehend the love I offered and only found reasons to blame me for their lack of comprehension. I became the recipient of all their anger.

So how can we know when enough is enough? When do we keep giving, and when do we draw back? I don't know if I have all the answers, but I've come up with a way to determine what I should do. If the person is making progress, I ask God for the grace to hang in there with them. How do I measure that progress? I've found that the people who change have three things in common: a yearning to know God, a willingness to admit sin rather than blame others, and a desire to be other-centered rather than self-centered. If all three elements are there, then I'm in. I'll stay true to that person no matter how much work it takes.

The opposite of these three elements also becomes my dropping-off point. If the person is stuck, I've gone as far as I can go with them. Someone with more psychological training and skill may be able to get through, but I've recognized that I cannot. Those who are stuck lack the things that cause others to change. They may talk about God but don't yearn to know him, they won't admit their own sin but instead blame everyone else, and they are self-centered rather than other-centered. Sometimes such a person is simply taking up my time, which isn't too bad. In that case, I may stay in touch, although I scale way back on the amount of time I'm willing to give. But more often such people become abusive toward me. I'm the latest person for them to lash out against. In these cases, I have to cut all ties. That may sound heartless, but I've learned that such people suck the life out of me so that I have nothing to give anyone, not even my family. So what sounds callous is actually common sense—and a godly decision. If I'm going to expend my life for others, I want to make a difference. And I want to invest it in those who are also going to make a difference.

JoHannah Reardon is the managing editor of ChristianBibleStudies.com. She blogs at johannahreardon.com and is the author of seven fictional books and a family devotional guide.

What does it mean to set ministry boundaries?