Is there ever a time when we should ask someone in our small group to leave? 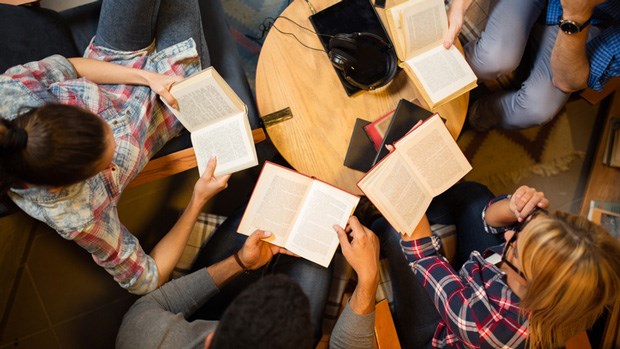 Are there times when a person should be asked to leave a small group? I think so. But those times should be rare, and it should be done only for the right reasons. So what are those reasons? I can think of a few.

The person is just too needy.

Once or twice a person has been in our small group who just had too many issues. They really needed a counselor, rather than a small group. In those cases, my husband or I—or someone else who was very patient—met separately with that person, instead. We have even been in some situations that no lay person could deal with, and we had to recommend a counselor and walk away.

You'll know a person is too needy for a small group if they cannot talk about anything but themselves. No matter the beginning of the conversation, the ending is always about their problems. If you've brought this to their attention and they can't adjust their behavior, or if they feel that you just don't understand how tough things are for them, that's a clue they need one-on-one attention.

Or perhaps they have an undiagnosed mental problem that causes them to disconnect from those around them. They will need more help than you can give them unless you are a trained counselor. In these rare situations, it can save the group (as well as the individual) to get them the help they need.

Anyone who doesn't know their Scriptures well is liable to come up with off-the-wall ideas. We all deal with that in our small groups. But if someone claims to know the Bible and pushes heretical ideas, that's someone you do not want in your group.

I'm not talking about someone who disagrees with you on apocalyptical prophecies. I'm talking about something like refusing to believe that Jesus rose from the dead and trying to convince everyone else in the group that they believe a lie. You simply cannot afford to have someone like that in the group. As Paul says in Romans 16:17, "Watch out for those who cause divisions and put obstacles in your way that are contrary to the teaching you have learned. Keep away from them."

This kind of person is often arrogant, belligerent, and combative. You should try to meet with such a person outside of the group and point out the destruction they are causing. If they humbly accept your correction, welcome them back to the group with open arms. But if they continue acting arrogantly, belligerently, or combatively, then you will have to ask them to leave the group.

I've encountered such situations as these during my 30 years or so of small-group ministry. Each time it has been heartbreaking to have to deal with. But if you don't deal with it, the whole group will suffer and you will become discouraged as well. Part of being a good leader is recognizing your own limitations.

JoHannah Reardon, a pastor's wife, is the managing editor of ChristianBibleStudies.com. She blogs at johannahreardon.com and is the author of seven fictional books and a family devotional guide.

Is there ever a time when we should ask someone in our small group to leave?