What is the best way to grow spiritually? 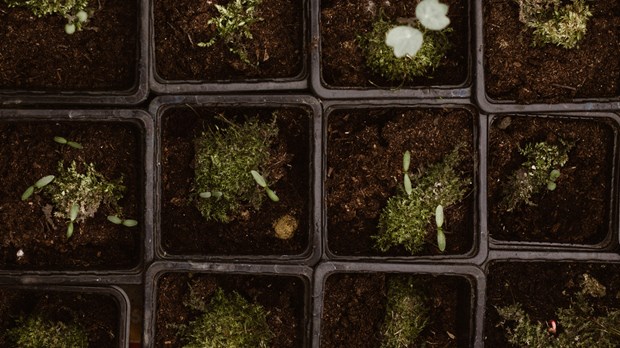 A man I'll call Paul (because that's actually his name) told me he recently started going to church. In his mid-seventies, with no faith background, he woke up one morning with a sudden urge to hear the pope, and that launched him on a journey that led a few months later to a Presbyterian church and then to a commitment to follow Jesus. Every week he comes to church and marvels at all he gets to learn about prayer and worship and faith.

A man I'll call Ralph (not his real name) told me recently how he stopped going to church. I have known him for decades. He is a well-known pastor and speaker. He still believes in God. He meets with some like-minded friends on Sunday evening to talk and pray together. But he got burned out on the local church—it came to feel to him like a relentless drive for numbers and success and program and hype. He told me that the people in his little house group are long-time church people, most of them former church staff members.

Paul and Ralph exemplify a dynamic just beneath the surface in many churches. People who are new to the church often grow the quickest and appreciate it the most. But people who have been around a while, those who know the church best and have served the longest, often feel the least helped and the most used.

This was confirmed by the Reveal study. It found that at a certain point of spiritual development, increased involvement in church activities ceases to correlate to perceived spiritual growth.

So You Don't Want to Go to Church Anymore became a best-seller and launched a national conversation. David Kinnaman released a study from the Barna Group that found that most people believed spiritual growth consists of trying hard to follow the rules in the Bible, which meant that people said (not surprisingly) they don't grow because they lack motivation.

Those of us who work in churches do it because we believe in the power of God to change lives: "we will in all things grow up into him who is the Head, that is Christ" (Eph. 3:15).

When that does not happen, we begin to die a little, even if the church is increasing numerically. Of course, we can't make growth happen. But just as doctors do with children when their growth is stunted, we can look for the conditions that lead best to growth, and ask if they're present in our churches. I'm thinking a lot these days about why many churches aren't growth-nurturing communities. Often it's the wrong message, the wrong measure, and the wrong means.

Jesus made staggering promises about his ability to transform human lives:

"'Let anyone who is thirsty come to me and drink. Whoever believes in me, as the Scripture has said, will have streams of living water flowing from within.' By this he meant the Spirit, whom those who believed in him were later to receive" (John 7:37-39).

This life is not something we produce; it exists independently of us. It is the Spirit of God.

Often people are moved by the vision of Jesus, are overwhelmed by the hope and beauty of his promise, and they say yes to it. For a time, there's a kind of a spiritual honeymoon period. They're filled with love for God, and they're drawn to the Bible. And some things change. Maybe coarse language gets cleaned up. Maybe certain habits get overcome.

But over time this sense of progress stalls out. People find themselves wrestling with patterns of anger, or sexual addictions, or chronic anxiety that are embedded too deeply in their bodies to be lifted out simply through hearing more information. And they get stuck in a gap.

What is the best way to grow spiritually?