How Should I Choose a Bible Translation? 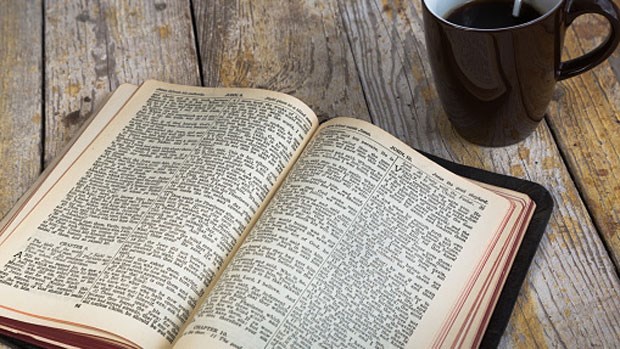 From countless pulpits every week we hear an implicit message that has wormed its way into our minds: we lack the key to unlocking the secrets of Scripture because we don't know the original languages they were written in. Sure, we have translations of the Bible—a lot of them, in fact. But pastors tell us again and again that the true meaning of any given term in the Old or New Testament is something quite different from what the Bibles in our laps say. It's a bit like pre-Reformation times, when illiterate believers had to depend on church authorities to tell them what the Bible said and meant.

A little overdrawn? Perhaps. But many Christians assume they could glean a deeper and more profound meaning from Scripture if only they knew the original Greek, Hebrew, and Aramaic.

As a working translator, I have studied translation for years. Though I would agree that knowing the original language is key for understanding certain texts, when it comes to the Bible, I don't. In fact, I don’t believe the translations of Scripture are secondary fill-ins. Rather, they are integral to the ongoing and primary expression of God's message to us.

Words and Their Wiles

We all know that words are powerful. The words spoken to us in anger as children can haunt us, and the tender words of those who love us can provide remarkable comfort for years. But we may not realize how fickle words can be. They are fickle because language, at its root, represents a perception of reality—our perception, which isn't necessarily shared by anyone else.

Words reflect what we believe or make believe. There is no guarantee anyone will ever completely understand our words—and we know from experience how easily they are misunderstood. Our immediate listeners typically understand because they share our context, but otherwise, words and their meaning can be slippery and difficult to pin down.

That's all the more true for words that describe someone as mysterious as God. When Moses asked God to tell him his name, to reveal his identity, God told Moses what he needed to know: אֶהְיֶה אֲשֶֹאֲ אֶהְיֶה (ehyeh asher ehyeh) or "I Will Be What I Will Be" (Exodus 3:14). But as it turns out, this divine revelation in human language is insufficient, as the translation by Jewish translator Robert Alter illustrates. Alter notes that "rivers of ink have since flowed in theological reflection on and philosophical analysis of this name," which could also be translated as the more familiar "I Am That I Am," "I Am He Who Endures," and many other possibilities.

Of course, God knew that a name was inadequate to reveal his full nature, so he used a long historical narrative full of poetry, instruction, and visions in order to communicate who he is in relation to us. By studying this comprehensive work, the Bible, we find out about—indeed, find—God.

But language is not merely a medium to convey information about the story of the Bible. Language itself is a crucial part of the narrative, something core to the Bible's very nature.

The Medium and The Message

In the beginning, language set divine creation in motion ("God said, 'Let there be …'" in Genesis 1). And in the end, Revelation 7:9 tells us, worshipers will stand before God "from every nation, tribe, people, and language" [my emphasis]. According to the Bible, therefore, language is centrally important in God's dealing with us, and ours with him.

Between Genesis and Revelation lies the birth of the church, an event that in the biblical narrative is also marked by language—namely, language translation. According to Acts, as soon as the apostles were filled with the Spirit, they started to speak in languages that were immediately understood by the many bystanders, who represented "every nation under heaven" (Acts 2:5). This supernatural translation event marked the beginning of the great and ongoing mission project at whose very core lays Scripture translation.

These two short paragraphs hardly do justice to the uses of language in God's purposes for us. The larger point is that he has spoken to people at special moments in history and employed written language in Scripture to communicate with us.

When Paul proclaims in Galatians, "There is neither Jew nor Gentile," he states one of the strongest tenets of our faith: There is no difference in the value of a person based on origin. In the same manner, there is no difference in the value of particular languages and how they express the Word of God. Yale historian Lamin Sanneh, who has written extensively about the translation of the Christian message, notes, "God, who has no linguistic favorites, has determined that we should all hear the Good News 'in our native tongue.'"

And of course, the God who became human, who was translated into humanity, also used language—not just signs or miracles or mystical visions—to communicate divine truth to us.

Any expression in any one language has a range of meaning, something that linguists call a semantic field. In the case of "I Will Be What I Will Be," a variety of expressions in English—and in any language—can be used to convey single aspects of the field. But none matches the full range of meanings. Add to that the constantly changing nature of language (and meaning), the ongoing research that casts new light on source texts, and the influence of translators’ affiliations to certain theologies and doctrines. You end up with a lot more than one translated version of the Bible for each language, especially in cultures with vibrant faith communities.

In English alone, we've had more than a dozen new mainstream translations in the past 20 years. Instead of confusing the meaning of Scripture, access to multiple translations actually give English-speaking Christians a fresh, rich, multilayered outlook on the Word of God.

So which translation should you choose? Pick the one you most enjoy reading and keep the others handy to look up passages you are pondering to get a better grasp of the meaning.

Jost Zetzsche is a translation technology consultant, translator, and coauthor of Found in Translation: How Language Shapes Our Lives and Transforms the World. This article is adapted from one that first appeared in Christianity Today.

How Should I Choose a Bible Translation?