How should churches handle the delicate issue of abortion when nearly one-fifth of women who get abortions are sitting in our pews? 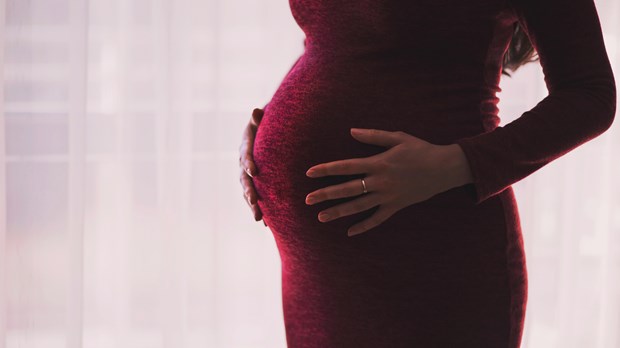 Whatever the church has been doing to combat abortion, the problem persists. Statistics tell a disturbing tale: of the 4,000 women who go into abortion clinics every day, almost one in five describes herself as a committed believer.

How this can happen is all too understandable. "I was totally pro-life; I knew that abortion was horrible," says Cindy, who underwent the procedure at 18. "But what other people thought was a big thing with my parents, and me, too. So I didn't do what was in my gut—believe in myself and have the baby."

Church leaders play a mental game of Ping-Pong in such situations. Ping: If a single mom is admitted to the place of honor most new moms occupy, it appears to normalize sin. Pong: But if she is shunned, another Cindy, down the line, may conclude that a hidden abortion is better than a public humiliation.

Ping: If a pastor makes a point of preaching against abortion, it may cause those already crushed by guilt from having had one to feel further alienated and condemned. Pong: Yet, if he doesn't speak against it, the loudest message his congregation will hear is from outside the church: It's just a woman's choice.

Ping: So maybe a single mom should not be treated like other moms but instead held up as a heroine. She braved social disapproval to have this baby. Pong: But then again, maybe social disapproval is not such a bad thing; stigma is the best reinforcer of all sorts of moral behavior, more effective than any law.

Ping: A caring church should help women who make mistakes and then take the heroic path of choosing life. Pong: But the church must be wise in charitable outreach, not doling out money to single mothers without personal discipling or accountability. A no-strings handout backfires, teaching men that they don't have to be financially responsible for their children; teaching unmarried couples that, when the bill comes due for the sexual revolution, someone else will pick up the tab. Whatever the church does to help, it must always support chastity, two-parent families, and uphold the goodness of responsible fatherhood.

Behind the scenes at pro-life organizations, heads shake over polling results. Year after year, it is clear that the strongest indicator for pro-life sentiment is not race, age, income, or political affiliation; it is church attendance. The more involved a person is in a church, particularly a church that clings to the classic faith, the more likely that person is to oppose abortion.

Yet, from the point of view of movement activists, the response of the church has ranged from weak to wimpy. Denominations may have grand anti-abortion statements on the books, but active support for the cause, especially at the local level, seems scant.

Brad Mattes, of Life Issues International, observes, "With the issue of slavery, it was when the church got involved that gains were made. If we saw the church mobilized and speaking out against this new civil injustice, we would see history repeat itself." From the perspective of a pro-life professional, the church is an army in a box, a collection of underdeployed allies.

But the pastor sees something else: in this community-based context, abortion is not an issue or a cause, it is a tragic symptom of lives out of control. Whatever the pastor says or does about abortion is part of a larger scenario where pastoral care touches on a host of other issues: marital commitment, sexual morality, use of contraception, child-rearing and adoption, the discipling of young men, the protection of young women. Whatever he or she says or does must take into account the teen who had an abortion last year and the grandmom who had an illegal abortion decades ago, impressionable girls who see single moms valorized for choosing life, and small children for whom the mere topic could cause nightmares. A random sample of people sitting in church will not completely overlap with people sitting in the hall at a pro-life convention.

How should churches handle the delicate issue of abortion when nearly one-fifth of women who get abortions are sitting in our pews?