What does it mean to fear God? 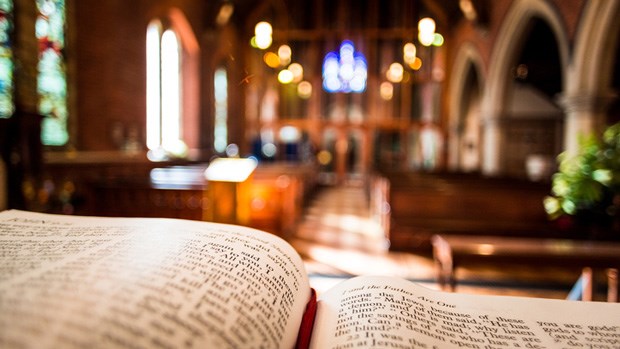 I often hear people explain the fear of the Lord as a mere respect or reverence. But the Bible uses the word fear at least 300 times in reference to God, so we make a mistake when we downplay it. The subject becomes even more mysterious when we read something like 1 John 4:18 that says that "perfect love expels all fear." So how do we marry this dichotomy? How can we fear God while he expels all fear?

Scripture is full of examples of how fearing God is a positive rather than a negative thing. For example in Genesis 42:18, Joseph wins his brothers' trust when he declares he is a God-fearing man. It was because the midwives feared God that they obeyed him instead of the authorities by sparing the Hebrew babies (Exodus 1:17). Pharaoh brought disaster on his nation because he did not fear God (Exodus 9:29-31). Moses chose leaders to help him on the basis that they feared God and wouldn't take bribes (Exodus 18:21) and told the Hebrews that God met with them in a terrifying display of his power so that they wouldn't sin (Exodus 20:20). The Mosaic Law cites fear of God as a reason to treat the disabled and elderly well (Leviticus 19:14, 32). And lest you think this is only an Old Testament idea, note that Jesus states this stronger than anyone when he says, "Don't be afraid of those who want to kill your body; they cannot touch your soul. Fear only God, who can destroy both soul and body in hell" (Matthew 10:28). And Paul says to work toward complete holiness because we fear God (2 Corinthians 7:1).

So it's clear from these passages, that fearing God is good because it saves us from caving into our own sinful nature. That's why hearing someone is God-fearing actually makes us trust that person more. If they fear God, they are more likely to keep their word and treat others with kindness. In fact, Romans 3, a classic chapter on sin, says that our chief sin is that we "have no fear of God at all" (Romans 3:18).

So how does fear of God, who is perfect love, take away fear? William D. Eisenhower puts it this way in his article 'Fearing God" in Christianity Today:

Unfortunately, many of us presume that the world is the ultimate threat and that God's function is to offset it. How different this is from the biblical position that God is far scarier than the world …. When we assume that the world is the ultimate threat, we give it unwarranted power, for in truth, the world's threats are temporary. When we expect God to balance the stress of the world, we reduce him to the world's equal …. As I walk with the Lord, I discover that God poses an ominous threat to my ego, but not to me. He rescues me from my delusions, so he may reveal the truth that sets me free. He casts me down, only to lift me up again. He sits in judgment of my sin, but forgives me nevertheless. Fear of the Lord is the beginning of wisdom, but love from the Lord is its completion.

And, of course, the ultimate example of fear and perfect love working together is Jesus Christ. He warned us at every turn to fear God, not men—and he confirmed that in everything about his life and death. He spoke lovingly but frankly to all and didn't mince words when people needed to face their sin and repent. But he also demonstrated love beyond human understanding when he lived out his words, "There is no greater love than to lay down one's life for one's friends (John 15:13)." With love like that, what is left to fear but God?

JoHannah Reardon is a former managing editor of ChristianBibleStudies.com. Find her numerous books at JoHannahReardon.com, including her book No More Fear, which ponders the attributes of God.

What does it mean to fear God?