Why Are There Different Bible Translations? 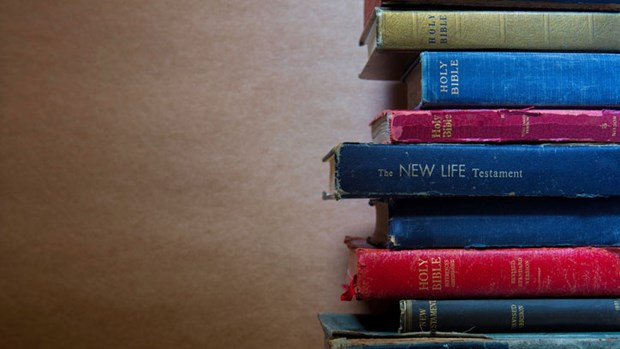 Many Christians seem confused by the availability of so many different translations of the Bible. Christians of the past did not face so many choices. They had to learn the language of the King James, and if they could do it, why can't others? God has indeed marvelously blessed the King James translation over the centuries. But language changes—it does not remain static—and new translations are needed.

No version should be the "standard," neither the King James nor any other translation. It's more important to understand a verse than to know how it is worded in a certain version. Preachers, aware of the variety of translations used by their audiences, can use them together in sermons to expound Scripture. A Bible study group may wish everyone to have a common translation, but why not rotate which translation you use? You can get more out of the Bible when you read different translations of the same passage. (You can also get the same benefit by studying Scripture in a foreign language.)

We must never forget that the principal purpose of words is communication. Jesus Christ who is the incarnate Word of God looked and acted like a man of his time. In the same way, the written Word of God was inspired in the everyday languages of the people who first received it. In fact, with the discoveries of ancient documents, we now realize that New Testament Greek differs from the classical Greek because it was the common, somewhat simplified, dialect spread by the conquering Alexander the Great.

Therefore, we welcome the appearance and increased use of translations that more clearly communicate the meaning of the original Hebrew and Greek to readers today. There is even evidence to show understanding of God's Word is significantly enhanced by modern versions.

For example, researchers at Georgia State University compared the readability of the Good News Bible, the Revised Standard Version, and the King James Version. The Good News Bible came out notably better than either of the more traditional versions. Indeed, researchers found the RSV and KJV in key respects to resemble the instructions for Federal Income Tax forms.

We understand the written Word of God best when we read and hear it in our own language—in the vernacular of the day. The gap between what we read in the Bible and what we face in our culture is wide enough without confronting the reader with an unfamiliar vocabulary and archaic grammar.

The presence of many good translations will keep any one of them from becoming dominant. That should ensure that Bible translating will continue. We want to clearly communicate to contemporary people what God revealed to the ancient readers of Hebrew and Greek millennia ago. We need to hear, to understand, and to obey his Word every bit as much now as people did then.

This article is adapted from an editorial that originally appeared in Christianity Today.

Why Are There Different Bible Translations?