Why is life so unfair sometimes? 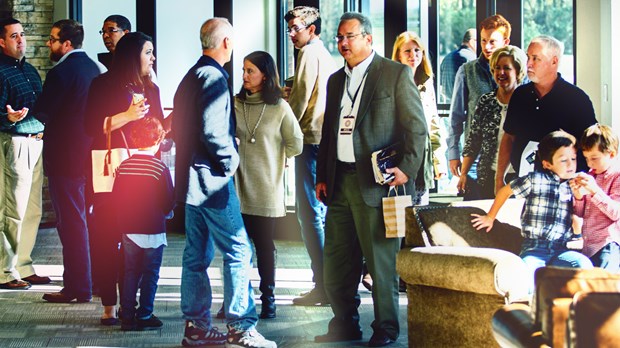 resonates with everyday life. When we were young we didn't get everything we thought we deserved. We studied hard, but didn't get the jobs we wanted. We married and raised families, but marriages can grow cold, followed by separation, and in some cases, divorce. Our children didn't turn out like we dreamed. Some dropped out of school, while others made bad decisions, often to our embarrassment. Just when we achieved a measure of professional success, cancer and other illnesses arose. Just when we felt some job security, the economy changed. Some of us invested in the wrong companies and lost the wealth we spent a lifetime earning. Life isn't fair.

What about Joseph? He was his father's pride and joy, the first son born to Jacob's favorite wife. His jealous brothers sold him into slavery. His brothers! He landed in the Egyptian Potiphar's household, where his master entrusted him to manage the entire estate. But the lies of Potiphar's wife sent him to jail. Where was God? Wasn't Joseph the great-grandson of Abraham, father of Israel, called by God to bring blessings to all people? In prison, Joseph successfully interpreted the cupbearer's dreams, and then was forgotten by the very man he helped. Would anything good ever happen to Joseph? Finally, he interpreted the pharaoh's dream and became the second most important man in Egypt.

For some 20 years, God seemed far from Joseph. But God was present with a plan and purpose for Joseph's life. We read in Genesis that Joseph's brothers feared his revenge for selling him into slavery, but he said to them, "You intended to harm me, but God intended it for good to accomplish what is now being done, the saving of many lives" (Genesis 50:20). God used Joseph to keep the promise that Abraham's descendants would be a blessing "to all peoples on earth" (Genesis 12:3).

God was watching over Joseph, even in jail; and he watches over us, even when he feels far away. We might think life isn't fair, as Joseph must have thought when he was in chains or under arrest, but that's because we miss the big picture. What we know—what the Bible teaches and promises—is that God loves us and wants the best for us, even when he seems hidden and removed. If this is true, some ask, "Why isn't God more evident in our lives?" Perhaps, like Joseph, we have to struggle and persevere and continue to believe in order to realize the great blessings God has in store for us.

John Schwarz is the author of A Handbook of the Christian Faith (Baker, 2004). Adapted with permission from "Life Isn't Fair" at TheHighCalling.org. All rights reserved.

Why is life so unfair sometimes?