What is the Book of Joel about and how does it apply to us today? 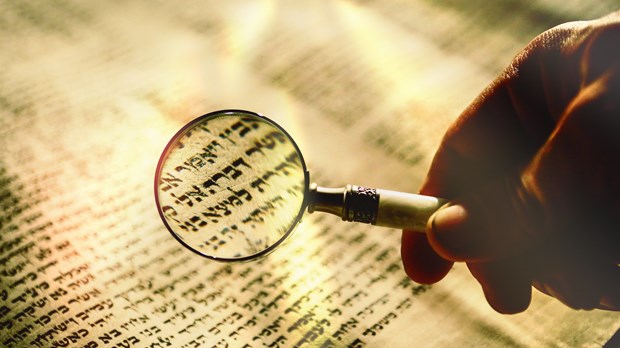 To answer your question, I thought it would be fun to pretend to interview Joel.

Is it true that you're a real Old Testament prophet?

You were sent by God to pronounce judgment on the nation of Israel?

I was sent to the Israelites, yes. But I'm one of the minor prophets—Habakkuk, Obadiah and so on. People usually have a hard time remembering guys like us.

But you got to do the doom and judgment thing, right? You went around shouting, "Thus saith the Lord!"

Oh, yes. I told the Israelites to weep, mourn, and despair. I told them a day of darkness and gloom was coming because God was going to send an army to punish their sins.

All right! This is getting good. And was it a big army?

It sure was. I remember saying, "Before them the earth shakes, the sky trembles, the sun and moon are darkened, and the stars no longer shine."

It had to be the Babylonians, then. I heard those guys would go nuts with their bronze swords and …

Actually, it was a big army of locusts.

Um, you mean those mutated freak locusts from Revelation? The ones with heads like lions and tails like giant scorpions?

These were regular locusts. They were a couple of inches long and ate plants.

Wait a minute. You, a big time doom and gloom prophet, threatened Israel with flying bugs? What kind of punishment was that?

There were millions and millions of locusts, and they ate up every piece of vegetation in the whole country! They even stripped the bark away from the trees, so the branches looked like white bones rattling in the wind. That meant the animals had no food to eat, which meant the people ran out of food pretty quickly, too.

Also, the fact that God sent locusts was a very big deal because of what the bugs symbolized. Locusts were one of the 10 plagues God used to free the Israelites from slavery in Egypt, remember? So when they attacked Israel, it was like God was saying, "You guys have become as bad as the Egyptians because of your sin."

That makes sense. I guess it was pretty cool punishment after all.

Are you crazy? It was a horrible tragedy; there wasn't anything "cool" about it! I think you've got the wrong idea about prophets. We never enjoyed telling people that bad things were going to happen—except Jonah, I guess. That guy was a little off.

But wasn't it a little satisfying to be a messenger of God's wrath?

You're missing the point entirely. God didn't send us to yell at the Israelites. He sent us to warn them about the consequences of their sin, and to give them a chance to ask for forgiveness. He was being merciful, not angry.

Yeah, I guess I do appreciate God forgiving my sins instead of sending flying insects after me.

Sam O'Neal is the Managing Editor of SmallGroups.com.

Adapted from "The Prophet of Flying Bugs," by Sam O'Neal, Ignite Your Faith, 2008. Click here to read the original article and for reprint information.

What is the Book of Joel about and how does it apply to us today?