How should we balance evangelism and social justice? 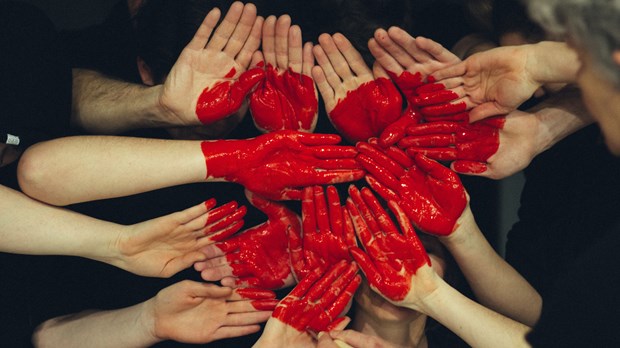 One side believes social action was unjustifiably divorced from gospel mission a century ago during the Modernist-Fundamentalist controversy. Voices on the other side recognize the goodness of seeking peace and wholeness for the suffering, but not at the expense of eternal salvation. They believe social justice to be a byproduct of the gospel but not the essence of it.

The church has been addressing matters of mission and justice ever since Pentecost. But my own understanding of how evangelism and social justice intersect has been informed by John Stott, a theological heavyweight of 20th century evangelicalism. Together with Billy Graham, he established the Lausanne Movement, and crafted one of the most respected and widely accepted modern statements of Christian faith and mission—the Lausanne Covenant.

But having witnessed the many horrors of the 20th century, Stott also wrestled with the question of evangelism and social action. And what he concluded has much to say to us in the 21st century. In short, Stott believed both sides of the controversy were in error.

In Christian Mission in the Modern World (IVP, 1975), Stott argues that most people try to make social justice either superior or subordinate to evangelism. The superior position diminishes the importance of calling people to be reconciled to God through Christ—something Stott found utterly incongruent with the New Testament. The subordinate position, however, he saw as equally untenable. It made social action into a PR device; a way to win favor in order to lead to conversions, a mere means to an end. Stott wrote: "In its most blatant form this makes social work the sugar on the pill, the bait on the hook, while in its best forms it gives the gospel credibility it would otherwise lack. In either case the smell of hypocrisy hangs round our philanthropy."

Stott recognized that forcing every facet of the Christian life to fit into a mission/evangelism framework was untenable, and asking whether evangelism or justice is more important was to miss the point entirely. Instead he concluded that social justice and evangelism "belong to each other and yet are independent of each other. Each stands on its own feet in its own right alongside the other. Neither is a means to the other, or even a manifestation of the other. For each is an end in itself."

Therefore, according to Stott, our participation in social action is not fueled by a missional imperative, evangelistic pragmatism, or even theological certitude, "but rather simple, uncomplicated compassion. Love has no need to justify itself."

Adapted from "Love Needs No Justification," by Skye Jethani, Christianity Today. Click here to read the original article in its entirety and for reprint information.

How should we balance evangelism and social justice?