W. Harold FullerMarch 16, 1973
This article is from the March 16 1973 issue. Subscribers can read all of CT's digital archives.

Southern Sudan’s capital, Juba, was bedecked with flags and bougainvillea February 27 to March 3 to celebrate the first anniversary of the peace declaration that ended seventeen years of devastating civil war (see May 12, 1972 issue, page 38).

At the newly tarred airport in 105° heat, Sudan president Gafaar Mohammed Nimeri, a Northern Muslim, was welcomed by the nation’s vice-president, Sayed Abel Alier, a Southern Christian, who also is president of the Higher Executive Council of the Southern Region. The presidential motorcade proceeded through town on the city’s only tarred road—hurriedly surfaced for the celebrations—past armored cars and tanks.

In the Anglican cathedral, where thirty men were shot during the Juba massacre in July, 1965, prayers of thanksgiving were given for the peace that has come to the South’s four million people. (Five services are now held each Sunday morning in the cathedral.) “God has done a miracle,” remarked member Mading de Garang, minister of information. During the war he edited the Southern Sudan Liberation Movement’s paper, The Grass Curtain.

Approximately half a million persons died in the guerrilla fighting, and more than 250,000 refugees fled to Ethiopia, Uganda, Zaire, and the Central African Republic. Another half million who remained in Sudan became homeless when soldiers of both sides razed entire villages.

The Sudan’s resettlement commissioner, Sayed Clement Mboro, fears “a crisis in food and medical supplies” this month. To ease the problems, Sudanese ambassadors in Zaire and Uganda have asked those governments to extend their deadline for repatriation of all refugees by June 30. Transport problems alone would make that date impossible, they say.

One of several agencies helping the ... 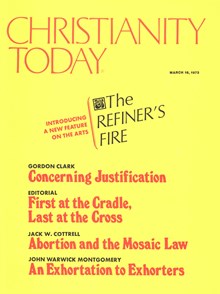 This article is from the March 16, 1973 print issue. Subscribe to continue reading.