An estimated 200,000 participants convened in Managua, Nicaragua, for Franklin Graham's two-day evangelistic crusade in February. Graham also met with Nicaraguan President Arnoldo Aleman and Daniel Ortega, former president of the Sandinista Party and of the nation. More than 15,000 people accepted Christ.Deportations continue in the former Soviet republic of Turkmenistan, where Muslims and Russian Orthodox Christians are the only religious groups allowed to practice their faith. Since December three Baptist families with legal residency in the country have been deported to Russia and Ukraine. Other local Baptist leaders have been sentenced to labor camps and their families placed under house arrest. In March, the totalitarian government of Turkmenistan rejected the application of several Turkmen Christian churches (including Baptist, Seventh-day Adventist, Pentecostal, and Greater Grace congregations) to form their own Bible society in order to provide a legal means for churches to obtain Scriptures.Nearly 20 members of the China Evangelistic Fellowship, an underground church outlawed by the Chinese government, were arrested as they met on March 2 in a member's home in Henan province. Among those arrested was Jiang Qinggang, the leader of an underground church who has already served two terms in a labor camp. Jiang was released from hard labor just last month and is likely to be sentenced again, along with Hao Huaiping, the owner of the home where the church met. 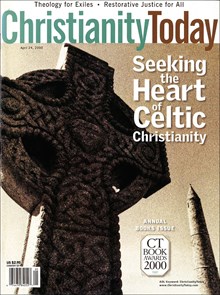 This article is from the April 24, 2000 print issue. Subscribe to continue reading.