The second in a continuous series exploring the increasing tendency toward spiritual longing in today's mainstream music—including mega-sellers such as Linkin Park and Evanescence.

When we first started the Glimpses of God series in early 2003, we wondered how readers would react to a feature focusing on mainstream artists rather than Christian artists. Many of these artists don't share our beliefs concerning Jesus Christ, and some of them write lyrics that most Christians would consider inappropriate, including profanity and sexual references.

Instead, many readers responded with great enthusiasm for the series. The truth is that more people listen to mainstream music than Christian music. This series is intended to familiarize readers with mainstream artists using Christian themes-whether intentional or not-to express spiritual longing in their music. It can be used to find common ground with those you hope to point to Jesus.

I'd also recommend prayer for the artists featured in Glimpses of God. Some are in fact Christians simply trying to make good music for their audiences. We can pray that they do so effectively and share the Good News in their own way. Other artists apparently have not accepted the Christian faith, but still express a spiritual longing common to all of us. We can pray that these artists will find the peace and comfort found in Christ alone.

The examples below are included because they are solid musical efforts with some spiritual merit to them. They are indeed evidence that our culture is seeking something more to this life.

"I want to heal/I want to feel what I thought was never real/I want to let go of the pain I've held so long/(Erase all ...

Join in on Facebook
Tags:
None
Posted:
January 1, 2003
More From:
reviewed by Russ Breimeier 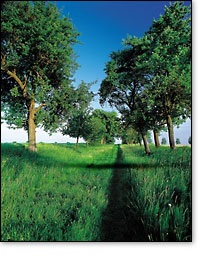