Front line of Communion war spreads to homosexuality.
By Bob SmietanaAugust 1, 2004
This article is from the August 2004 issue. Subscribers can read all of CT's digital archives.

The Roman Catholic Communion war has extended from abortion to so-called gay rights.

After a bishop in Minnesota said he would not deny Communion to gay-rights supporters during Mass on Pentecost Sunday (May 30), a group of Catholic laymen took matters into their own hands.

Calling themselves the "Ushers of the Eucharist," 36 laymen knelt in the center aisle at the Cathedral of St. Paul to block those who wore a rainbow sash from the altar.

Usher organizer David Pence said that St. Paul Archbishop Harry Flynn is "weak" and "has no courage" to stand up to gay activists.

In Chicago, about 15 sash-wearing activists were denied Communion at Holy Name Cathedral, per instructions from Cardinal Francis George.

Jim Dwyer, director of communication for the Archdiocese of Chicago, said Cardinal George would "deny Communion to any group or individual Catholic who'd use the moment of Eucharist to demonstrate their opposition to Catholic teaching."

Joseph Murray, convener of the Rainbow Sash Movement, said the sash is not a protest. Instead, said Murray, whose home parish is Immaculate Conception in Chicago, it announces that gay and lesbian Catholics are already part of the church.

Leon J. Suprenant Jr., president of Catholics United for the Faith, said that bishops and priests who withhold Communion are following church teaching found in Canon 915, which states that unrepentant sinners should not be admitted to Holy Communion.

Suprenant said, "To receive the body and blood of the Lord and not receive his teaching is spiritually perilous."

In July, a task force of U.S. Catholic bishops said the decision on whether to deny Communion to politicians whose votes violate church teaching is up to individual bishops. A few, like Archbishop Raymond ...

Defying the Church
expand
hide this 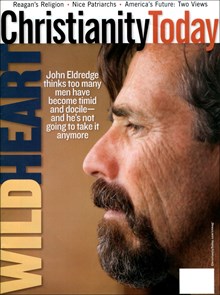 This article is from the August 2004 print issue. Subscribe to continue reading.