There's a shot early in the new Left Behind film—the third in the series—of a Time-styled news magazine laying on a desk. It's called Today Weekly. I had to chuckle at this self-contradicting name, but the problem is I can't figure out if I was supposed to laugh. I don't know if Today Weekly is an intentional clever joke or an unintentionally humorous goofball moment. Such confusion typifies this film, which has several touches of both cleverness and cheese. 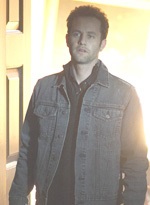 The mere existence of cheese in a Left Behind film comes as no surprise to some movie fans. However, excluding a few goofy moments, Left Behind: World at War plays out as an average TV drama. Many times, I caught myself thinking of it as 24—with less action and more prayer time. There's impressive acting, some intrigue, mostly decent special effects, and good themes for Christian discussion.

In this episode of the Left Behind saga (based on the last 50 pages of the second book), the Antichrist, Nicholae Carpathia (Gordon Currie), has united the world's 172 countries into a Global Community (or GC) that is ridding the planet of dangerous weapons by just asking all the governments to give them up. The only wrenches in the machine are a mysterious militia and an organized movement of Christians who are both sabotaging the GC's efforts. "The militia thinks I'm big brother and the Christians think I'm Satan," Carpathia laments. "Dissenters sow doubt—the militia does it with fear and the Christians want blind faith."

As the film begins, U.S. President Fitzhugh (Louis Gossett Jr.) is tired of these rebels "who can't stand peace." A loyal supporter of Carpathia, the prez is frustrated that weapons keep disappearing from U.S. stockpiles before they can be turned over to the GC. But soon, he sees there is more than meets the eye about Carpathia, and that he's made a grave error in judgment and leadership.

Louis Gossett Jr. is impressive in his role as President Fitzhugh

Meanwhile, the series' protagonists are facing a perilous disease mysteriously hitting only the underground churches. Hero Buck Williams (Kirk Cameron), his new wife Chloe (Janaya Stepehens), her dad Ray (Brad Johnson) and pastor Bruce (Arnold Pinnock) have to determine God's will for their lives as a war looms and the sickness spreads.

The plotline involving the governmental conspiracy (comparable to Senator Palpatine's manipulations in the Star Wars prequels) makes for the most compelling component of the film. This could be because this plotline contains the most action, intrigue, and drama. It could also be that, for some reason, all of the best dialogue—and some is very clever—is reserved for the President and Carpathia. Or, most likely, it's because Gossett and Currie stand heads and shoulders above anyone else in the movie (although Cameron too is pretty solid), and their scenes together are powerful. Gossett, a former Academy Award winner, still has his acting chops. In fact, he now possesses a veteran road-tested weariness that fits the role well. And Currie is just downright spooky. I would have loved even more U.S. vs. GC stuff if it meant more Gossett vs. Currie scenes. 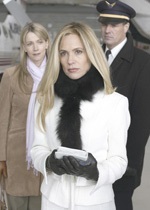 Chelsea Noble as Hattie, with Brad Johnson as Rayford Steele and Laura Catalano as Amanda White

Of course, another reason why the political intrigue plotline seemed to work so well is because it stands in such contrast to the film's other happenings. To be honest, following the band of Christians is, well, downright boring most of the time. For starters, Rayford Steele and his new wife are just about useless, yet have many scenes of their own. They pretty much have nothing to do in this movie other than riding around in airplanes arguing with Ray's ex-girlfriend.

Secondly, the movie just doesn't handle faith life all that well. While I respect that this movie shows Christians realistically—in corporate prayer, seeking God's will in decisions, etc.—these sequences start to get a bit tedious because of an apparent desire to show them in complete detail. Scenes of a very godly wedding, prayer meetings and an intolerably long communion need an editor's attention. It's pretty weird that the best moments of a Christian film are those involving the non-Christians. But the good news is that there is an effective storyline involving Buck's attempts to discern God's will for him. Although handled a bit heavy-handedly (I know that I always get a vision telling me exactly what to do as soon as a I pray for direction!), the discussion of Buck's doubts and God's plans is thought provoking. 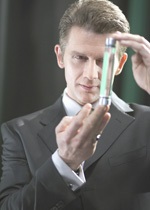 Gordon Currie is downright creepy as Nicholae Carpathia, aka The Antichrist

As far as unfortunate cheese and silliness, there are still some gems here. One of the worst moments is a completely unneeded and inappropriate scene transition from the head of a Christian about to be executed to an exploding clay pigeon as a gun fires.

Story-wise, some things just make no sense. I was aggravated that as Christians keep dying from the contagious virus, more and more of them keep flocking into the contaminated church to visit the ill. These misguided helpers even drink out of the same communion cup as the infected. Look, even in Armageddon, disease prevention is still prudent! I'll also warn that the resolution to the virus plotline is just as silly. While probably a fault of the book (and I know the movie is trying to demonstrate God's providence), the answer to how the good guys solve their virus problem is just downright silly. All I will say is that it is a good thing tribulation believers don't use grape juice in communion.

Still the movie is grounded by Gossett, Currie, and plenty of fodder for thought and discussion about discerning God's will, the way evil works, and the detrimental decisions we can make when trying to do good. Even set in the tribulation, the movie has much to say about life as a Christian today (or weekly, or whatever).

This movie is rated PG-13 for violence, but it's pretty tame even compared to primetime television drama series. There are many explosions, people are shot, and lives are placed in danger.

Last weekend, more than 3,200 churches presented Left Behind: World at War, the third film in the series based on the bestselling books. But it was harder to find detailed reviews of the film in the press, though newspapers noticed the film's unusual distribution plan—opening weekend in churches, followed by a DVD release on Tuesday.

Some Christian film critics got to see the film in advance of its release.

Adam R. Holz (Plugged In) calls this Left Behind movie "the best of the lot, and the unfolding story line involving now-familiar characters should meet devotees' expectations." He also notes that the filmmakers "have designed this film very intentionally as a means to proclaim the gospel message. And indeed, it's impossible to miss Buck's clear and in-your-face gospel presentation to President Fitzhugh. Kudos, then, to the filmmakers for knowing exactly what they wanted to accomplish."

Douglas Downs (Christian Spotlight) praises the production value, and writes, "I think that most Christians will enjoy the effort." But he concludes, "I am not sure that the film will be effective on its own as an evangelistic tool. I'm afraid that it might create more questions or confusion."

1 of 4
Kirk Cameron returns as 'Buck' WilliamsLouis Gossett Jr. is impressive in his role as President FitzhughChelsea Noble as Hattie, with Brad Johnson as Rayford Steele and Laura Catalano as Amanda WhiteGordon Currie is downright creepy as Nicholae Carpathia, aka The Antichrist