When Mark Zoradi took a job with the Walt Disney Company in 1980, one of his first assignments was to explore what was then a brand-new and barely budding market: Home video.

Zoradi didn't want to put the likes of Snow White and Sleeping Beauty on the same shelves with X-rated fare, so he sought a different outlet for distribution—and wound up with Fotomat, the former drive-thru chain for processing photos. That was almost three decades ago, and now, of course, Disney DVDs are available all over the world.

In that time, Zoradi has been a steadily rising star at the company; he was instrumental in securing worldwide distribution for Disney movies, and he played a key role in starting up the Disney Channel on cable TV in 1983.

Today, Zoradi, 53, is President of the Walt Disney Motion Pictures Group and one of the most powerful players in Hollywood. He oversees marketing and distribution of all films from the company's two main studios—Disney and the more adult-oriented Touchstone Pictures (Dan in Real Life, Wild Hogs, Apocalypto).

The latest Disney flick, National Treasure 2: Book of Secrets, hits theaters this week, and just five months from now comes Prince Caspian, the next installment in Disney's biggest franchise, The Chronicles of Narnia. The first film, The Lion, the Witch, and the Wardrobe, was a massive hit for Disney and co-producer Walden Media in its release in late 2005.

The Narnia franchise means much to Zoradi not only because it's such big business, but as a Christian, Zoradi has long been a fan of C. S. Lewis ... 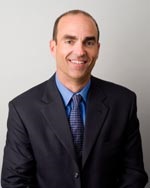