Finding truth, beauty, and goodness even in the darkest of films—starting with The Dark Knight, one of the best films of 2008.
Thomas Hibbs|February 17, 2009

In the face of a confusing and complex culture, Christians tend, as Brian Godawa points out in his book Hollywood Worldviews: Watching Film with Wisdom and Discernment, to be either "cultural gluttons," mindlessly indulging in what they deem to be innocuous entertainment, or "cultural anorexics," hastily dismissing popular culture as unhealthy for the soul.

Godawa rightly argues that Christians need a more moderate and informed way to encounter popular culture. This is not to say that certain elements in the culture do not merit repudiation; indeed, some do. Meanwhile, some believers, relieved to find films without crudity, with happy endings, and even perhaps some Christian allusions, readily embrace such inoffensive material.  But is this enough?

Certainly clean films with happy endings and Christian messages are not inherently objectionable; given the alternatives, they may even signal a welcome return to sanity. But superficially happy stories may obfuscate features of the human condition that an unhappy story better illuminates. And we should be wary of labeling as "Christian" a film that does no more than include a few Christian allusions.

One recent phenomenon that Christians sometimes overlook is the surge in dark films of spiritual quest. From science fiction films such as Dark City and the recently re-issued Blade Runner through the films of M. Night Shyamalan, and on to Christopher Nolan's Batman movies and even Harry Potter films, we can detect the way an ongoing dissatisfaction with modern Enlightenment themes of progress through knowledge and power opens a path to a recovery of pre-modern conceptions of human life as a quest.

What should Christians make of the preponderance of dark tales in our culture? What should ... 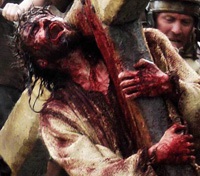