As Harry Potter and the Half-Blood Prince opens, we are once again reminded of the characteristics that make him something of a Christ figure.
Connie Neal|July 14, 2009

Christians who have enjoyed the Harry Potter books and films have picked up on biblical themes and truths throughout the series, and author J. K. Rowling has said that her own Christian faith informed her writing of the seven books. Many see Harry, though far from perfect, as something of a Christ figure, while his nemesis, the Dark Lord Voldemort, clearly represents The Devil himself.

Connie Neal, author of The Gospel According to Harry Potter, certainly sees the parallels. Here, we've abridged three portions of her chapter that deals with Book Six, Harry Potter and the Half-Blood Prince, which opens in its theatrical version around the world this week.

"'People believe you are 'the Chosen one,' you see," said Scrimgeour. 'They think you quite the hero—which, of course, you are, Harry, chosen or not! How many times have you faced He-Who-Must-Not-Be-Named now? Well, anyway,' he pressed on, without waiting for a reply, 'the point is, you are a symbol of hope for many, Harry. The idea that there is somebody out there who might be able, who might even be destined, to destroy He-Who-Must-Not-Be-Named—well, naturally, it gives people a lift.'" (Book Six, p. 344-345)

Harry is believed to be "the chosen one" because the prophecy identified him as the one who has the power to defeat the Dark Lord. This has been confirmed by the amount of interest he has elicited from Voldemort, causing him to "mark him as his equal." Add to that the fact that Harry has faced Voldemort several times and lived, and it's no wonder that those in the Wizarding world set their hopes on him.

Some readers say this means Harry is a Christ figure or a Messiah. Yes, there are some things that happen to Harry that have marked similarities ... 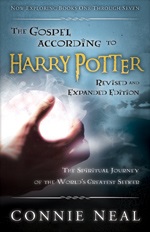