Spinning off the title of his latest CD, Israel Houghton says that yes, one person can change the world—and he's living proof.
Mark Geil|July 14, 2009

With Israel Houghton's first solo release in March, The Power of One, the already eclectic artist reached new heights of variety, crossing genres and cultures and voices. What unifies the record, however, is a theme that now pervades Houghton's life: Social justice. From the simple kindness of a woman to which he credits his very existence to a call to help orphans in South Africa, Houghton represents a wave of consciousness in music. In many cases, Houghton's included, that awareness is leading to action.

Your new CD is called The Power of One. What is the power of one person to change the world?

Israel Houghton: I would reference my own story. My mom is white and my father was black, and my mom got pregnant when she was 17. She was advised to have an abortion. She chose not to. She got kicked out of her father's house, was disowned for a while, and ended up out in Southern Cal. She's eight months pregnant, she's messed up on drugs, she and my father have split up. It's bad. The State has said, "When your child is born, we're taking him, because you're an unfit mother." As daunting a situation as you can imagine. The power of one is that this lady came up to my mom, just out of the blue and said, "Hey, I don't know you, but I really felt like I'm supposed to tell you that Jesus loves you, and cares about you, and you're not forgotten." She loved on my mom and led her to the Lord, right there on the street. The power of one for me is that lady's decision.

A lot of times when we talk about the power of one person to change the world, there's this sense of, well, you've got to go cross the ocean and go to Haiti or Africa or India to really change the world. I'm saying no, that lady just crossed the street and changed the world. ... 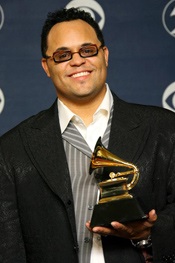