The folks at Grizzly Adams Productions know how to make family-friendly programs—and they've got over a thousand episodes to show for it.
By Josh Hurst|March 25, 2009

If you were around in the mid-1970s, you may remember the magnificently bearded Dan Haggerty in a popular movie and subsequent TV series called The Life and Times of Grizzly Adams. The TV version beat out Wednesday rival The Bionic Woman and became one of NBC's most popular shows of all time. 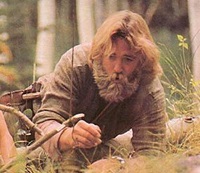 What you might not know is that even as the series came to an end in 1978, a franchise had already been born—one now known simply as Grizzly Adams Productions. Today, the company makes and markets what are, in their own words, "family friendly and faith-based" programs for film and television.

The Grizzly Adams franchise, adapted from a novel written by Charles Sellier, told the story of a real-life American frontiersman and explorer named James Capen Adams, a rough-hewn character who, among other things, had a strange gift for communicating with wild animals—including, of course, grizzly bears.

Naturally, for a mountain man like Adams, life was fairly modest and unsophisticated, and one might be inclined to assume the same about the production company that now uses his name—after all, family-friendly, faith-based, independent programming is not exactly the stuff of Hollywood glitz and glamour.

But consider this: Grizzly Adams is the second most financially successful provider of family-friendly entertainment there is—second only to Disney. In fact, vice president David Balsiger speculates that GA is "probably" more prolific than Disney in terms of the sheer amount of programming it creates.

Grizzly's programming has appeared on most of the major TV networks—the original Grizzly Adams show ran for two seasons on NBC, and they've also aired features on CBS, TLC, and the Sci-Fi Channel—and some of its films still rank among the most lucrative indie movies ever released in theaters. And they produce new content with an almost dizzying level of prolificacy—in TV specials alone, Grizzly Adams has over a thousand features to its name. 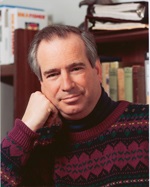 As Sellier tells it, the Grizzly venture began as the direct result of a personal religious experience. "In the 1980s I was working for Universal Studios as a supervising producer," he remembers. "I was on the set of Knight Rider 2000 in San Antonio. It was late at night and I had three people movers very high in the air with operators on them. All of a sudden, lighting began to come out of the sky, as it will in that part of Texas. I was very afraid for the crews in the air and began praying for their safety. I was shocked when God spoke back to me; that had never happened before. God told me he was very disappointed in me, that I was not doing his work. That I needed to stop doing 'car crash of the week' and begin doing meaningful shows.

"That was twenty years ago, and I am still in business doing shows that serve the Lord. We will not green-light any show into production if I do not see God and his purpose in that show."

Now, more than 34 years since the initial success of the Grizzly Adams story, Sellier is still involved as one of the two principal players in the company, along with Balsiger, himself a theater and TV veteran. The two men spearhead a company that prides itself in creating programming on a very small budget, but they're not exactly stingy—in the past decade, GA has made over 500 new shows, with an average of 40-60 hours of programming per year, including TV specials, series, made-for-TV-movies, and even theatrical releases. In the next five years, the company has committed itself to creating twenty feature-length, family-friendly movies; half of them are currently in development.

And though they've had success with major TV outlets, Grizzly's greatest success perhaps has been with evangelical audiences. But that's no big surprise—the company has its own in-house marketing and sales team that deals exclusively with religious groups. Thanks to these efforts, the company's most successful features are ones with a distinctly religious slant: Ancient Secrets of the Bible, George W. Bush: Faith in the White House, The Da Vinci Code Deception, and Evidence for Heaven. Not all of their films are expressly religious or faith-based, but such programming is a pivotal part of their franchise. Among their other award-winning features are The Case for Christ's Resurrection, Apocalypse and the End Times, Breaking the Da Vinci Code, and Secrets of the Bible Code Revealed.

There have been a few missteps, too; a program on human combustion—called Self-Igniting Bodies—requested by PAX-TV, sold only nine DVDs. (Maybe they'd have had better sales had the soundtrack had included Bruce Springsteen's "I'm on Fire.") 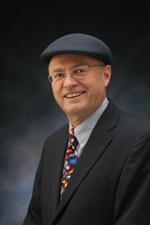 But Grizzly's vision is bigger than merely marketing to Christian viewers. The company also desires to break down what they call the "secular wall" in TV by creating commercially viable entertainment infused with Christian values. And their secret for making their programming so successful might not be what you think.

Still, despite these espoused values, Balsiger is straightforward in saying that GA is not a "Christian company" as such. "We are a secular company producing [TV programs and DVDs] for the secular and religious marketplace. However, all the top management are professing Christians and are active in their local church or in parachurch organizations."

The heart of the company ethos doesn't have a lot to do with craft or artistry per se—rather, it has a lot to do with audience testing. The company names an inventive audience polling and research system, created by Sellier, as the true key to its longevity and its continued financial growth. This doesn't mean that Grizzly places no stock in high production values; Balsiger insists that, "as a general rule," they do not cut corners. But their programming is always preceded by thorough research, wherein they try to gauge what sorts of shows people want to watch—and, more to the point, what sorts of shows will garner high network ratings.

Their research doesn't lie, it would seem, nor can it be argued with; in the company's press material, Sellier is quoted as saying that he once marketed explicitly faith-based programming to nine major networks, and only one of them objected to the biblical content. Balsiger adds that the company is also good about anticipating "marketing tie-ins"—thus, programming related to The Da Vinci Code was begun well before the controversial film began making waves in evangelical circles.

A scene from 'Friends for Life'

Among the company's most recent releases is Friends for Life, a drama about a man who loses his wife to cancer, prepares to face a life of lonely desperation, and is surprised to be befriended by four orphaned wolf pups. The film won several awards, including multiple honors from the Dove Foundation. Other GA productions, however, might be a bit too gimmicky for Christian viewers, including a documentary extolling the merits of The Secret—a popular self-help sensation—and a documentary hypothesizing that the key to living a long, healthy life is hidden in Noah's Ark … if only we could find it!

Relative merits of their programming aside, there's no denying that the Grizzly Adams story is a compelling one. Their dedication to providing entertainment for the whole family is seemingly unflappable, and, with an entire crew of writers, producers, and other assorted filmmakers working in-house, their hectic slate of releases will likely continue to get bigger and bigger as the company continues to add to its audience.