Will Ferrell and Mark Wahlberg have great chemistry in this serviceable comedy, which re-imagines the buddy-cop genre for millennials.
Brett McCracken|August 6, 2010
Our Rating 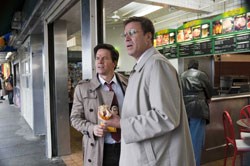