Indie rocker David Bazan talks about his loss of faith, his music, and how he sometimes fears he's going to hell.
Drew Dyck|February 2, 2010

Before his "deconversion" from Christianity, David Bazan was just like any other indie rock star evangelical who achieved secular success while attracting Christian fans who loved him despite his habit of cussing at concerts. Well, maybe he was the only one. From 1995 to 2005 he was frontman for the band, Pedro the Lion. Now he's gone solo. And though he may not believe in God, he still sings about him. The Chicago Reader called Bazan's first solo album, Curse Your Branches (2009), a "harrowing breakup record—except he's dumping God, Jesus, and the evangelical life." CT reviewed that album here, and recently included it in the Top 12 Albums of the Year. We recently caught up with Bazan to talk about his deconversion, his music, and how, on some nights, he still fears that he's going to hell.

You've described your loss of faith as "devastating." When did you feel yourself starting to slip away?

It happened gradually. There were many small steps, but there were some big questions I remember dealing with. I remember thinking that it would have been faithless to push those questions aside or just sweep them under the rug. I believed that if I had refused to pursue those questions, I would have been admitting that belief in God could not be intellectually satisfying. It felt like a faithful response to grapple with these questions. I had to be honest, and let the chips fall where they may. That was what was so devastating. At the time I didn't think I was in danger of losing my faith. I assumed that the hard questions would affirm my faith, not lead me away from it.

Who was your most formative spiritual influence?

My parents were the biggest influences. I didn't get a lot of direct instruction from them. I received more of ... 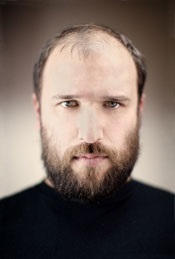