What We Learned About Africa

The Pew Forum issued an extensive report on the world's "most religious" continent.
June 3, 2010 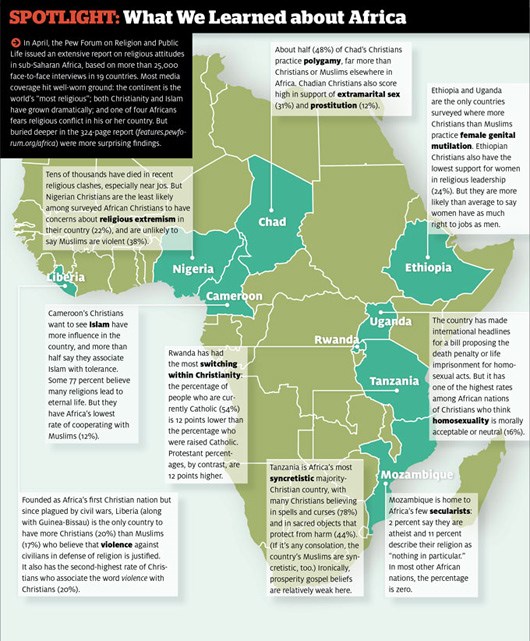 The report, Islam and Christianity in Sub-Saharan Africa, is available from the Pew Forum on Religion & Public Life. Religion News Service also reported on the report.

Africa Unbound | God may be clearing the stage for the next act in his redemptive drama. (November 21, 2007)

What We Learned About Africa