The prophetic songwriter, a CCM outsider who freely spoke his mind, died 20 years ago this week.
Mark Moring|August 14, 2012

Mark Heard, one of the finest songwriters—Christian or otherwise—of the second half of the 20th century, was taken from us far too soon. Known for his brilliant poetry and brutally honest lyricism, Heard died of a heart attack 20 years ago this week at the young age of 40.

His death came about six weeks after his final performance, on July 4, 1992 at the Cornerstone Music Festival. Heard actually had a mild heart attack during that show, but was able to finish the set and walk off stage. He immediately went to the hospital, where he recovered for a couple weeks. Two weeks after being released, he went into cardiac arrest and died on August 16. Heard was about to sign a contract with Bruce Cockburn's label, True North Records.

Cockburn was one of many artists we asked to reminisce about Heard, his songwriting, and his spirit. We also asked each of them to tell us about their favorite Mark Heard song.

Cockburn first encountered Heard through his albums, and when they finally met, Cockburn regarded Heard as "a very likeable guy with a good sense of humor and a bright, creative mind. We never got to be more than acquaintances, but I felt a warm affection for him and we had a great mutual respect for each other as songwriters." Cockburn says they also both shared "a sense of us both being outsiders from the mainstream of Christian music."

"The joy and energy in his music, and the expertise with which his albums were put together, excited and inspired me," Cockburn says. "He also was the center of a group of us who knew and appreciated him. Mark was pretty underground and it felt special to be among those who 'got' him. When he died it felt like there was suddenly a vacuum where he had been." 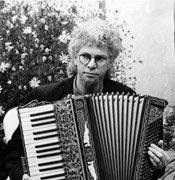