Daly explains why he joined a coalition of evangelical leaders when the organization has not taken a public stance on the issue in the past.
Interview by Sarah Pulliam Bailey|June 12, 2012
Image: Courtesy of Focus on the Family
Exclusive: Focus on the Family's Jim Daly on a New Stance on Immigration Reform 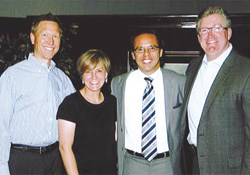