Tuesday's surprise announcement seemed ripped from the pages of Dan Brown's 2003 novel, The Da Vinci Code, which sold millions of copies—and irked the Vatican—by suggesting that Catholic leaders had covered up Jesus' marriage to Mary Magdalene. King said that she does not believe that Jesus was married to Mary Magdalene. "At least, don't say this proves ... 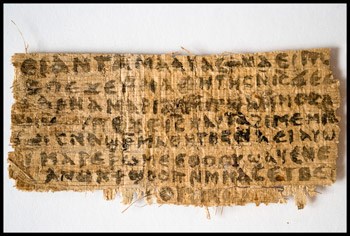