President of production company tells CT that criticisms of 'Won't Back Down' don't stand up.
Mark Moring|September 28, 2012

The new film Won't Back Down, about parents taking education reform into their own hands, is getting hammered at Rotten Tomatoes, and CT's review gave the movie just 1½ stars. But the film is mainly being criticized—and not just by movie critics—for oversimplifying a complex situation: Education reform. Some have also faulted the film for demonizing teachers' unions.

Walden Media produced the film (distributed by Fox), and its president, Micheal Flaherty, has read many of the criticisms (including CT's). A devout Christian with a background in education and a passion for school reform, Flaherty addressed the criticisms in an e-mail conversation with CT. He hopes the film will inspire viewers to work with local schools and teacher to improve opportunities for their children.

Via e-mail, Flaherty noted that in any movie, "We only have two hours; we can't present all of the complexity of a public policy goal.To suggest that is possible is kind of foolish.I don't think Traffic did a good job explaining the complexities of the drug trade or The Blind Side did a great job of explaining the intricacies of foster care, poverty, adoption, and Division I recruiting, but they were entertaining."

Flaherty says he's not surprised that teachers' unions would criticize Won't Back Down: "They would discredit anything that challenges them and the status quo—an unjust status quo."

He asks what a parent would do if their child "was trapped in a failing school with the worst teacher in the state? This is not abstract—it is happening to kids all across the country. The answer is she would not waste her time with the complexities of the issue; she would fight with every fiber of her being to get her kid into a better ... 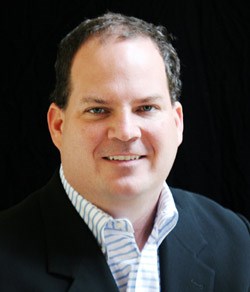