This is due in large measure to the faith-based persistence of James Kim, a Korean American businessman. Once accused by North Korea of being an American spy and threatened with execution in 1998, Kim today is among a handful of Western private citizens able to enter or leave North Korea freely.

In 1992, Kim founded the Yanbian University of Science and Technology (YUST) in China, a few miles from the North Korea border. While not a Christian university, the majority of YUST's faculty members are Christians. The enrollment at YUST has grown from only a few hundred to nearly 2,000. The school is located in Yanji, an area of China with a large concentration of ethnic Koreans.

Kim's ultimate hope was to establish a sister university in North Korea. Three years ago, that hope became a reality when Kim, along with an international team of overseas trustees and advisers, established the Pyongyang University of Science and Technology (PUST). North Koreans gave permission for the school after they visited the YUST campus.

Opening the only private university in the world's most closed country is unprecedented, and PUST is already growing rapidly. In 2010, the university had 160 students. Since then, the student body has almost doubled, with plans to increase enrollment to 2,000 undergraduate students and 600 graduate ...

Teaching the Dragon
expand
hide this 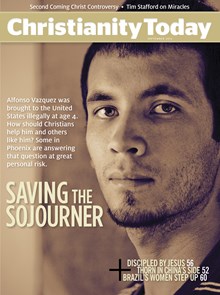