The film is Malick at his Malickest, and at his most devout—which merits reflection on his body of work.
Brett McCracken|April 12, 2013
Image: Magnolia Pictures
Ben Affleck and Olga Kurylenko in To the Wonder
Our Rating

Like any of Terrence Malick's films, To the Wonder is full of breathtaking beauty: Paris bathed in the golden hour, a herd of buffalo amidst amber waves of grain, women lifting their hands in rapturous praise against purple-orange sunsets—all paired with lush classical selections from the likes of Górecki, Berlioz, and Arvo Pärt.

Yet more than any of Malick's five previous films, To the Wonder also contains quite a bit of mundane, un-rapturous imagery: laundromats, SUVs, suburban cul-de-sacs, car-washes, Sonics, Targets, Kraft mac n' cheese displays at the grocery store. There is a fair share of ugliness too: polluted rivers, infidelity in an Econo Lodge, broken, battered and dying human bodies of every kind.

Especially in contrast to the nebulae-and-dinosaurs grandiosity of The Tree of Life (2011), To the Wonder is almost disarmingly grounded in the sometimes-blah business of everyday life. It's a subdued film by comparison, but is equally curious about questions of God, suffering and beauty. Far from the "minor Malick" some have labeled it, Wonder is a characteristically ambitious, boundary-pushing film that builds upon the stylistic and thematic trajectories of its predecessors.

Malick—notoriously reclusive and sporadic in his film output— is entering a prolific period. With 2011's The Tree of Life,To the Wonder and a pair of films currently in production, Malick is on track to match his first 33 years of output (four films) in just a five-year span. Maybe he's found the perfect set of kindred-spirit collaborators, or maybe it's because he turns 70 this November, but the philosopher-turned-filmmaker seems more reflective and urgent than ever. 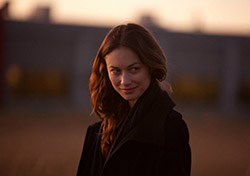