A chat with the director reveals that his film "Ain't Them Bodies Saints" hearkens back to classic American obsessions, cinematic history, literature—and the Bible, too.
Bearden Coleman|August 27, 2013
Image: Steve Deitl / IFC Films

All you need for a movie is a girl and a gun—or so French filmmaker Jean-Luc Godard is famously quoted as saying. It's an idea on which many American filmmakers have made their reputations— from Nicholas Ray with They Live By Night (1948) to Joseph H. Lewis with Gun Crazy (1950) to Terrence Malick with Badlands (1973).

It's also the template upon which relative newcomer David Lowery has built his stunning, elegiac ode to the lovers-on-the-run conceit: his latest film Ain't Them Bodies Saints (now open in wider release and available on Video on Demand).

Graciously speaking to me both over the phone from his home in Denton, Texas, and again face-to-face among the pretty people milling about the lobby of New York City's Ace Hotel, the director acknowledged that he was "very consciously" making a film of the girl-and-a-gun variety, which for many American viewers finds its most well-known expression in Arthur Penn's Bonnie and Clyde (1967).

But while Fay Dunaway and Warren Beatty's Bonnie and Clyde slashed a chic bloody streak across rural 1930s Texas in their designer berets and tailored suits in the name of money and headline-grabbing fame, the lovers in Ain't Them Bodies Saints have their sights set on a humbler, yet nobler, purpose: to be together again. Set in Texas in the early-to-mid 1970s, the film opens when Bob and Ruth—played with a sinewy toughness and aching tenderness by Casey Affleck and a plain but resolute earthiness by Rooney Mara—find themselves separated after a botched robbery attempt leads to a violent standoff with the local law enforcement, leaving one officer wounded.

Taking the rap for the robbery and the downed officer, Bob is ... 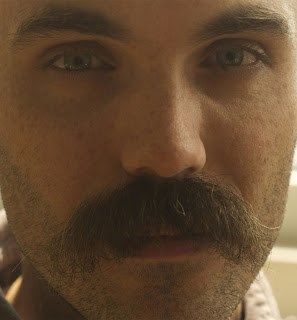