It can be hard to keep up with what's going on in the world of movies and television—but we're here to help out.

Each week in the CT Movies Quick Take, we check up on how the critics are responding to a couple recent releases, update you on the biggest movie news, and suggest a few picks to stream at home on Netflix, Hulu, and Amazon. One quick read, and you'll be caught up for the week.

Fans of British heist flicks should check out Wasteland on Amazon, about a young man and his friends who attempt to pull off a heist—in the name of revenge—and their dreams of owning a coffee shop in Amsterdam. (See below for what the critics are saying.)

If you like shows like Sherlock, you might like the new BBC series Ripper Street, now streaming on Netflix, which stars Matthew Mcfadyen: set in London, the show follows an inspector and his men as they fight crime in the aftermath of Jack the Ripper.

And the Joe Swanberg-directed Drinking Buddies will be on Amazon, iTunes, and VOD before its theatrical release on August 23. The indie comedy, starring Olivia Wilde and Jake Johnson, follows the flirtatious friendship of two coworkers at a craft-brewery. Both are in committed relationships. Both like beer. So as the tagline says, this is "a comedy about knowing when to say when."

Smurfs 2 hit theaters Wednesday. Its reception, like its predecessor, has been pretty bad—its current Rotten Tomatoes score is 14%—but that's not all that surprising, given the first one frustrated even Smurf-fans. The New York Times took a slightly more positive stance towards it than most, pointing out that it's rare for a fairy tale to redeem the role of the step-parent ... 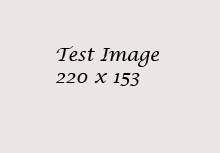