The U.S. government got food aid to 45 million last year. Can it do better?
Melissa SteffanJuly 11, 2013
Image: Aaron Shelley / Navy News Service
This article is from the Jul/Aug 2013 issue. Subscribers can read all of CT's digital archives.

The House of Representatives has voted 216-208 to approve its version of a farm bill, allowing both chambers of Congress to begin talks on a final version for the first time in a year. That could mean big changes to international food aid funding if a new farm bill gets approved later this summer.

For the past 60 years, the United States has shipped wheat, rice, and other commodities across oceans to feed the world's poor. But that could change by September, if Congress approves proposals that would fight global hunger not with food, but with cash.

Most international aid organizations agree that the current system needs reform. Yet faith-based groups Bread for the World, World Vision, and Food for the Hungry are split over which plan—the current one that uses American goods, or a new system that relies on cash—will feed the greatest number of people.

The most extreme changes on the table, proposed by the White House, would do away with a 1950s-era Department of Agriculture (USDA) policy that requires all food aid purchases to be made from domestic growers. Instead, 45 percent of the Food for Peace program's funds would be budgeted from the USDA to the U.S. Agency for International Development (USAID) for use in other forms, including local and regional purchases of food (LRP), cash transfers, and vouchers for hunger-stricken communities.

Bread for the World sees the proposals as an opportunity to feed more people with the same amount of money, said Craig Moscetti, international policy analyst. If the government allowed aid organizations to use other development methods, aid could reach countries more quickly.

Food for Peace does not currently allow aid organizations to partner with local ... 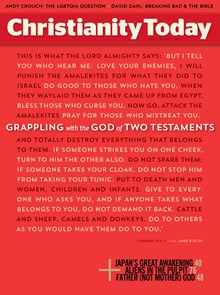