The sequel to Pixar's Monsters Inc. might be best left to the grownups—though not for the reasons you'd think.
Timothy Wainwright|June 21, 2013
Image: Disney / Pixar
Our Rating 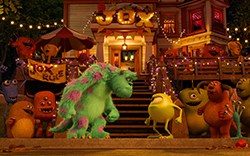