At Jordan border, Christians turn out in force to provide help and hope.
By Lincoln Brunner and Jim Killam in Jordan.|November 25, 2013
Image: Photo by Jim Killam
Living on the Edge: In squatter camps, Syrian families congregate on a desert hillside outside Amman, Jordan.

On a desert hillside, 225 miles from their bombed-out homes in Syria, a half-dozen refugee fathers and sons have a modest winterization project going on.

Using lumber scrounged from pallets, plus a few rugs and canvas scraps, they tack together a vestibule for an 18-by-32-foot tent that 16 family members will share. The vestibule will help keep freezing winds out of the main living area, which is warmed by one small propane heater. Everyone will sleep on thick foam mattresses with a thin rug between those and the rocky ground.

"Winter is close," says Anas Mustafa Halif, 30, through an interpreter. "We have no clothing, no shelter, no fuel for heating, or even firewood. We can manage such hardships. We move around. But the children? It's very difficult for the children."

About 50 tents comprise this makeshift camp. Most of the Syrians here fled from the outskirts of Hama, a northern city that's been hit hard by Syria's two-and-a-half-year civil war. In fact, 45 are relatives or friends from the same neighborhood. They've landed on the east edge of Amman, opting for this grim arrangement over official refugee camps: Za'atari, to the north, is overrun with more than 130,000 people.

The UN estimates 3.5 million Syrian refugees are in the region and the refugee crisis is reaching historic proportions. The UN has "not seen a refugee outflow escalate at such a frightening rate since the Rwandan genocide almost 20 years ago," said UN high commissioner for refugees António Guterres at a New York meeting this summer.

When Vera Haddad pulls up in her red Peugeot compact, the men pause from their work to crowd around with their wives and kids. Haddad, a Jordanian Christian, ... 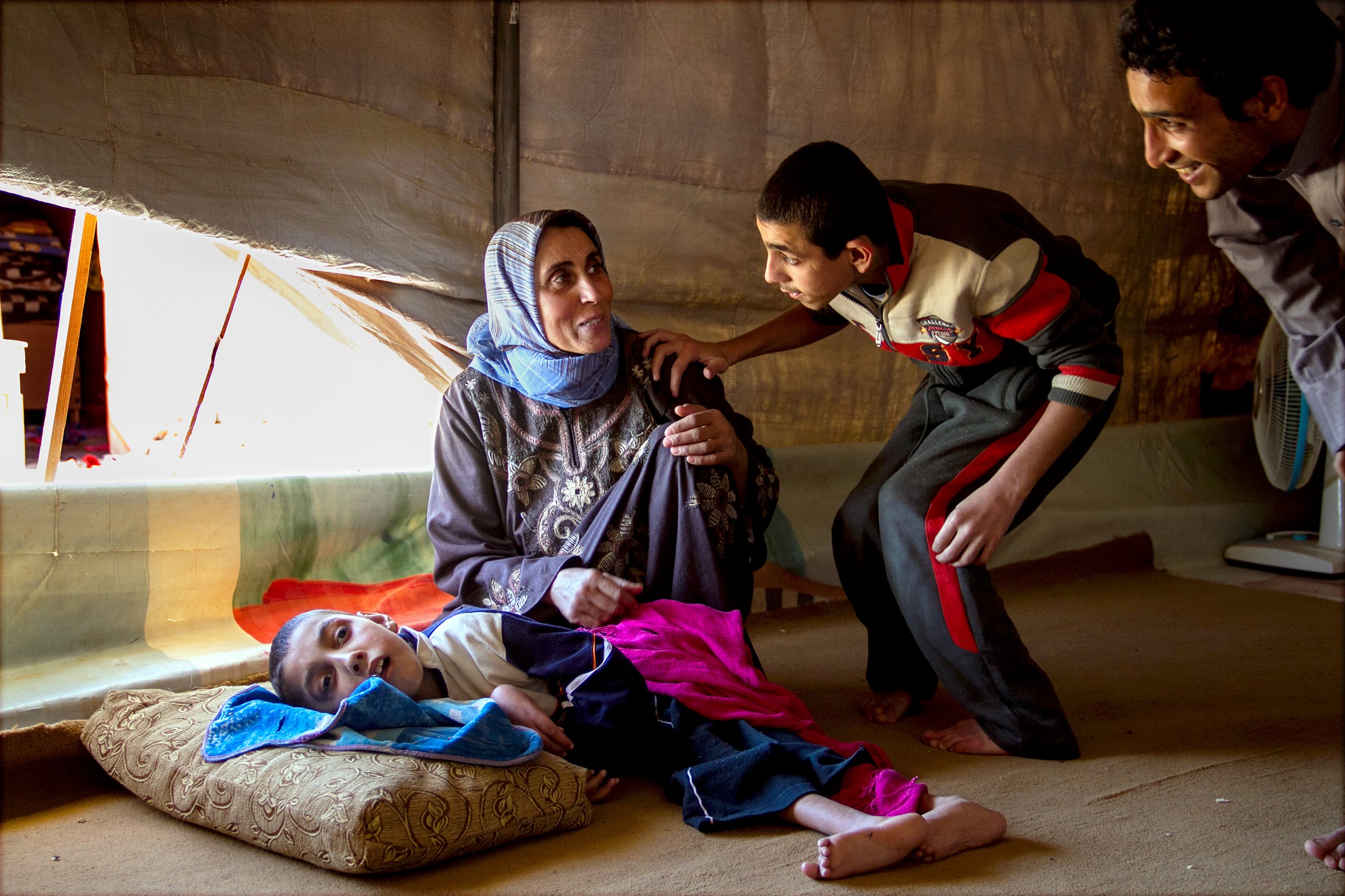