After traveling 250,000 miles through Dar al-Islam ("House of Islam") as Muslims call their world, career missiologist David Garrison came to a startling conclusion:

Muslim background believers are leading Muslims to Christ in staggering numbers, but not in the West. They are doing this primarily in Muslim-majority nations almost completely under the radar—of everyone. In the new book, A Wind in the House of Islam: How God is Drawing Muslims Around the World to Faith in Jesus Christ, Garrison takes the reader on his journey through what he describes as the nine rooms in the Muslim-majority world: Indo-Malaysia, East Africa, North Africa, Eastern South Asia, Western South Asia, Persia, Turkestan, West Africa, and the Arab world. Muslims in each of those regions have created indigenous, voluntary movements to Christ.

"What did God use to bring you to faith in Jesus Christ? Tell me your story." This was the core question Garrison asked as he traveled and conducted more than 1,000 face-to-face interviews. In his background research, he documented 82 historic Muslim movements to Christ, consisting of either at least 1,000 baptisms or 100 new church starts over a two-decade period. The first sizable movement of Muslims toward Christianity did not occur until the mid-19th century, nearly 1,300 years after Mohammad established Islam. Garrison said 69 of these movements today are still in process: 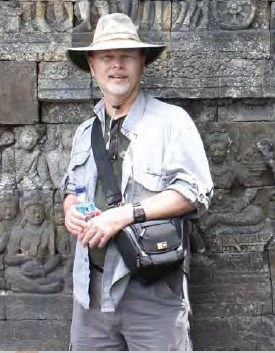