How I came to stop hiding and face the biggest secret of my early life.
Jonathan Merritt|March 28, 2014
Image: Dan Bigelow

"Hush, Dorothy," whispered the Tiger, "you'll ruin my reputation if you are not more discreet. It isn't what we are, but what folks think we are, that counts in this world." ~ Frank Baum, The Road to Oz

Have you ever had something in your life that you were afraid to say aloud to someone else? A struggle that you held beneath the surface and didn't want anyone to know? A secret that you packed in a box and swore never to open? I've carried mine since childhood. And when I woke on July 26, 2012, I had no idea it would be exposed, not just to my family and friends, but posted online for the world to see.

As best I can remember, my secret began early when I was around the age of 7. That was how old I was when Michael, a much older boy who lived in a brick house near the front of our neighborhood, began to sexually abuse me.

Michael's family and mine had been friends for years. We were drawn together by his father's terminal cancer. My parents would look after him and his sister in the afternoons so his dad could rest after chemotherapy. We'd pick them up for church on the weekends so they wouldn't miss Sunday school. The bond between our families was tight and only grew tighter the day lung cancer finally stole Michael's father's life.

He'd still come by to play with me and my brothers in the months after the funeral, but his countenance was different—frustrated and pensive. He always seemed to be pondering something but never voiced what vexed him. One evening when Michael was spending the night in my room, he told me that boys could have secret kinds of fun without parents noticing. As he spoke, he put his hands in places I'd never been touched ... 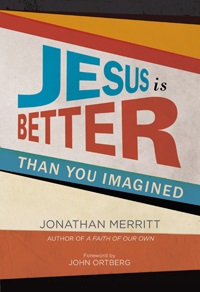