The case for not ignoring outrageous truth.
Elissa Cooper|August 14, 2014
Image: David Bloomer / The Weinstein Company
Odeya Rush and Brenton Thwaites in 'The Giver'

Alissa's note: I asked Elissa Cooper, CT's assistant editor who recently saw the film adaptation of The Giver (out this weekend), to write about some of her thoughts on the books and the film. And I'm very glad I did.

We'll also run a review of the film this weekend.

Four and a half years ago, as an intern for CT, I visited a home that provided aftercare for trafficked teenage girls. Between interviews, I participated in their daily lives: We ate meals together, went shopping, and just sat and talked. One night, some workers talked about how one of the hardest challenges involved hearing the girls’ stories.

“Jordan”’s past experiences were pretty horrific. Nightmares plagued her. She shared her memories with the others so she could talk through issues and pray and try to alleviate the pain. But in hearing Jordan’s memories, others had nightmares and struggled with the pain and evilness of it all.

When we reached a break in the conversation, I asked, “Have you ever read The Giver?”

It sounds like a strange question. Why think of a secular juvenile book that has absolutely nothing to do with sex trafficking?

But I had my reasons for not suggesting a Christian story. First, the Christian workers already had theology and spirituality texts at their disposal—they even wrote some of the books. Second, not all the residents claimed a Christian faith, so this provided another outlet for reaching the girls. But most importantly, The Giver—the book and its subsequent companions in the Giver Quartet as well as the recent film—makes a strong case for the importance of sharing memory, both for the individual and the community. As a result, it also ... 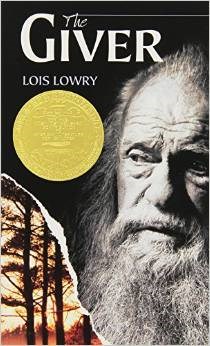