The American Library Association reports that The Giver is one of the twenty-five most banned or challenged books of the last decade. So Lois Lowry’s Newberry Medal winner comes to the big screen with a built-in audience—but also a lot of baggage.

The reasons for those challenges are not always summarized in the news stories that simply list banned books, and it’s worth pointing out that some of the objectionable themes—drugs, brainwashing, lewdness, euthanasia—are not exactly glorified in the dystopian classic. People who ban books aren’t always the best interpreters of the stories they contain. But they aren’t usually big movie ticket buyers, either. Which makes The Giver a strange choice for a Walden Media production.

Lowry’s story gives us Jonas (Brenton Thwaites), a teenager living in a “Community.” These idyllic communities have been set up (by whom, we don’t know, exactly) after some vaguely referenced dark period in human history. Living by a strict set of rules has robbed citizens of their ability to see in color and to feel emotion, but it has saved them from war and famine. Each baby is assigned to a family according to his needs, and each adult is given a role according to his abilities.

It’s sort of like a cross between those three other pillars of Western literature: The Communist Manifesto, The Republic and Divergent.

This communal setup is maintained through mandatory drug injections (Brave New World) and made possible only if there is a “Receiver of Memories,” a scapegoat savant who contains and preserves the society’s collective memories. This receiver offers advice to the elders who are apparently in on ... 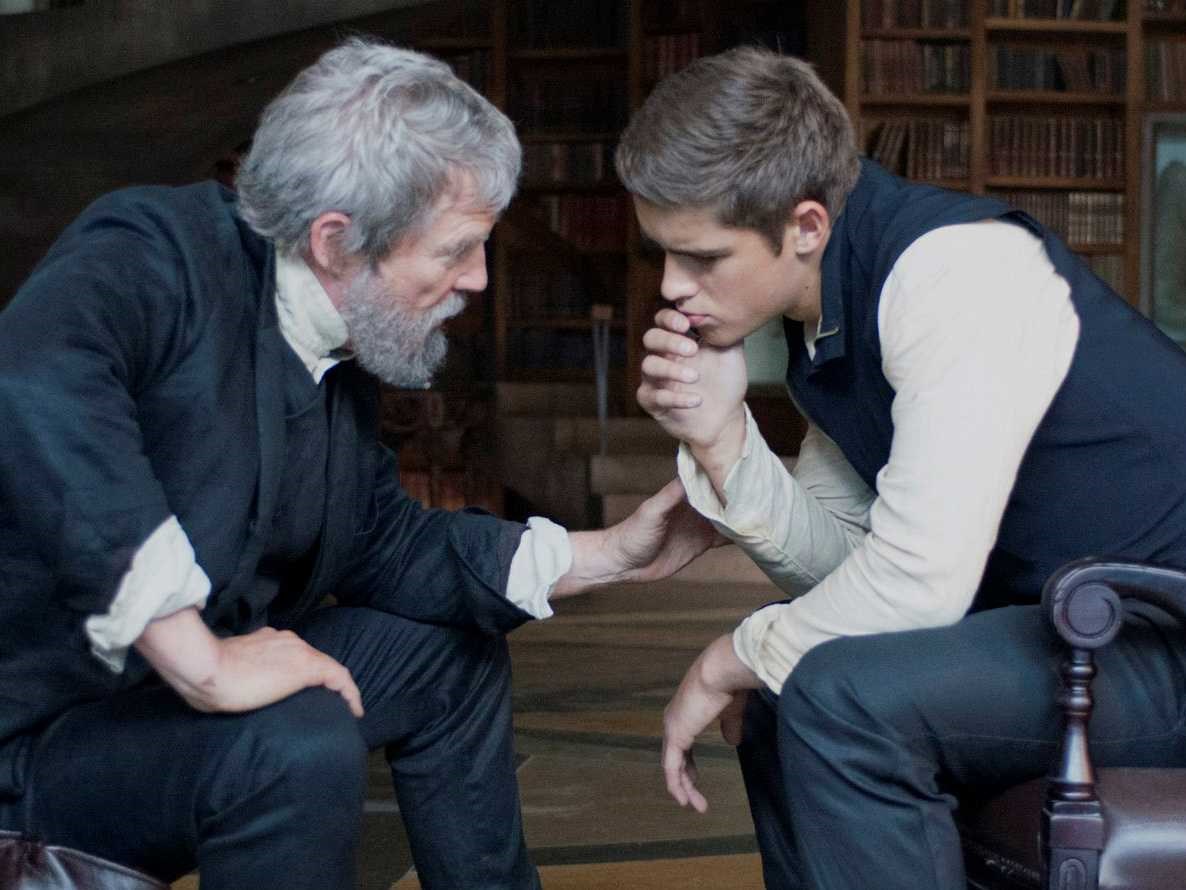