Guardians of the Galaxy is without a doubt the weirdest Marvel movie to make it to the screen yet—and it's mostly a good thing. The film centers on a motley band of companions who are (according to director James Gunn) "The Rolling Stones compared to The Avengers' Beatles." The movie takes pride in its irreverent subversion of standard comic-book self-seriousness, even more than the usual light-heartedness that Marvel's got on display. While other Marvel films feel like funny superhero movies, Guardians of the Galaxy is closer to a comedy set in outer space.

In 1983, the Earth-bound Peter Quill (Chris Pratt) is abducted by aliens immediately following the death of his mother. This launches the best running joke of the whole movie, that the film's "pop-culture timeline" ends in '83—thus we see Quill dancing around with a Walkman on a desolate alien planet and decorating his ship with little troll dolls. Fast-forward to 2015 and we meet Quill—or, as he likes to call himself, Star-Lord—who's taken up smuggling black market items.

But the thievery of an object called an Infinity Stone, an old relic of bunches of power, has got the most powerful forces in the Universe looking to kill Peter and the companions he picks up along the way—including the green-skinned Gamora (Zoe Saldana), an explosophillic talking raccoon named Rocket (voiced by Bradley Cooper), a tortured warrior named Drax (Dave Bautista), and a talking (sort of) tree named Groot, whose lone line—"I am Groot"—is inflected to perfection by Vin Diesel.

While I've got some niggling issues with the movie (which I'll get to in a second), I want to make clear how ... 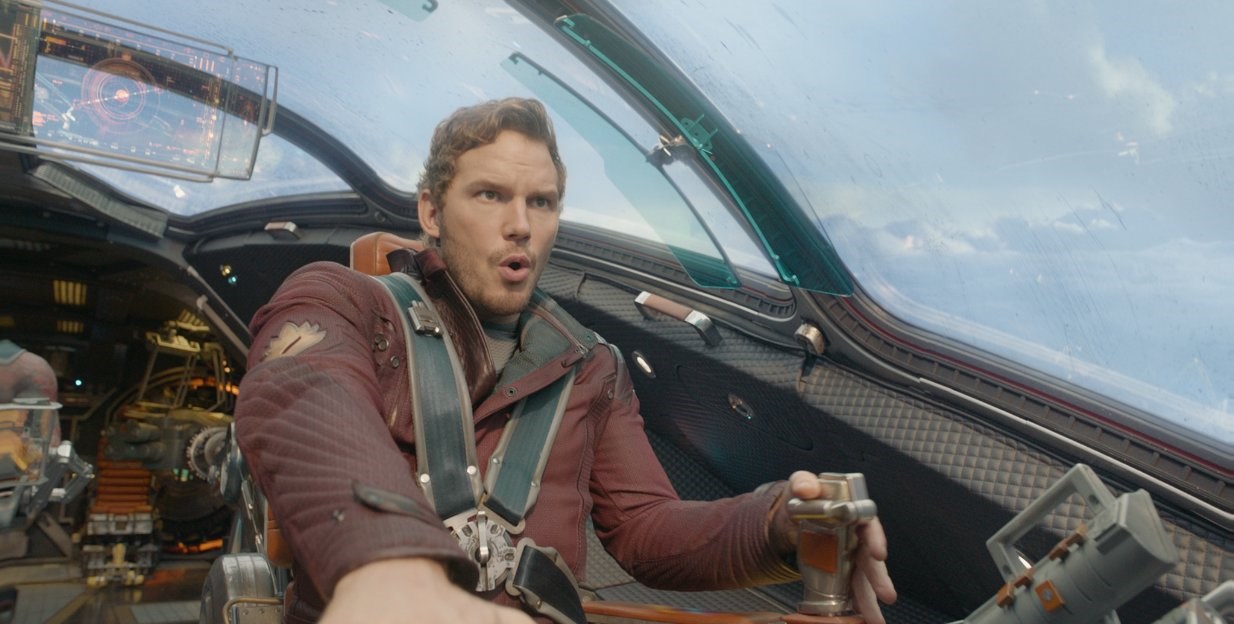