An inspirational high school football movie in which even the clichés ring true . . . because it all really happened.
Mark Moring|August 21, 2014
Image: CTMG, Inc.
'When The Game Stands Tall'
Our Rating

I never played high school football, but I was around it enough as a sportswriter — roaming the sidelines at hundreds of games, hanging out at practices, in locker rooms and in coaches’ offices — that I developed a really good knowledge and feel for the sport.

I’ve seen terrible teams and terrific ones. I’ve seen awful players and amazing ones, including many who went on to star in college and the NFL.

Which is why I wasn’t too bothered by the canned platitudes that make up much of the dialogue of When the Game Stands Tall, a film celebrating not only the greatest team in high school football history, but the coach — and the truisms and ideas — behind it.

When the Game Stands Tall is based on the 2003 book of the same name by Neil Hayes, a sportswriter for the Contra Costa Times. I don’t how many clichés are in the book, but if Hayes quotes De La Salle coach Bob Ladouceur at all, it’s certain to have some.

Here are just a few from the film, as spoken by “Coach Lad,” played by Jim Caviezel:

We got caught up in the hype, the celebrity, the glory.

We’re not just a football team. We’re a family, a brotherhood, which is based on love. And love means you can count on me, in good times and bad. 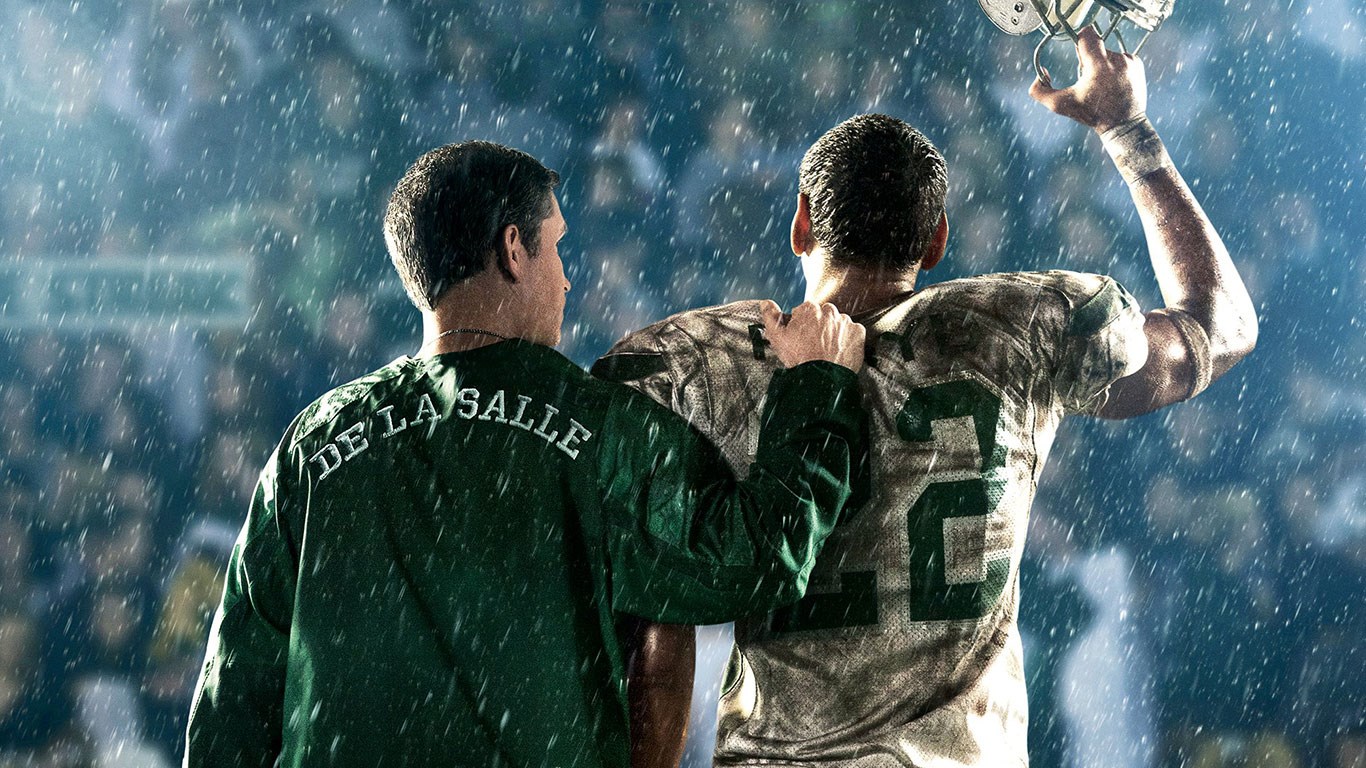