When we trace more than a century of movies about the Exodus, what do we learn?
Peter Chattaway|December 10, 2014

Ridley Scott isn't the first filmmaker to tackle the story of Moses, and he certainly won't be the last. There's drama in the prophet's confrontations with the rulers of Egypt, there's spectacle in the miracles he performed to liberate his people, and there are lessons to be learned from the way he led the Israelites and forged them into a nation, not least by giving them the Law. And filmmakers have been turning to Moses’ story for inspiration since pretty much the dawn of cinema.

According to the Bible, Moses lived to be 120 years old, and people have been making movies about him for just about that long, now.

Some of the earliest movies about Moses were made in France: short films like Moses in the Bullrushes (1903), La Vie de Moïse (1905) and The Infancy of Moses (1911). In the United States, the American Vitagraph company produced a five-part series called The Life of Moses (1909–1910); each part focused on an episode from Moses' life, such as the parting of the Red Sea or the giving of the Ten Commandments, and because the complete series ran to about 90 minutes, some have called it one of the earliest feature films.

The biggest silent Moses movie of them all, however, was The Ten Commandments (1923)—not the famous remake with Charlton Heston, but the original black-and-white film. Like several other films in that period (such as Sodom and Gomorrah and Noah's Ark), The Ten Commandments combined a dramatization of the Bible with a modern story, and director Cecil B. DeMille lets us know the moral of that story right from the opening title cards, which chastise "our modern world" for calling the Ten Commandments "old fashioned." 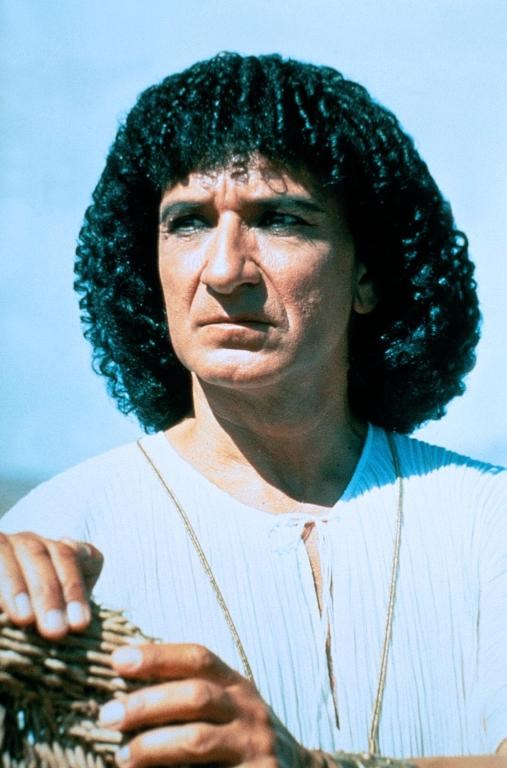